A Mean Bootleg Gold: Live Sessions To Knock The Wind Out Of You Tonight! 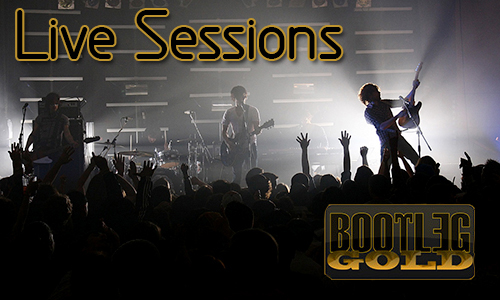 Look ahead to a sensational knock-down-drag-out judder of vibrating live tracks when Martha T and Marko bring you a pulsating Bootleg Gold: Live Sessions this evening! Pin your ears to some of the most throbbing rock performances ever to hit the music scene on your only rock experience and check out the most hammering concerts and acoustic sessions to blow your socks off for two solid hours on Y101 Always First!

And to kick-start the gig, we’ll be introducing some heavy bigwigs like Foghat, Backman-Turner Overdrive, Aerosmith, Bad Company and Blue Oyster Cult just to get the party started, followed by a magnificent set of covered live tracks from Grateful Dead, Dave Matthews Band and none other than Eddie Vedder!

Brace yourselves as well for a flashback from the past in memory of the late Robin Williams who tragically passed on last week. Listen to a mix of live versions from some soundtracks of his famous movies like Mrs. Doubtfire, Good Morning Vietnam and more – something you certainly don’t wanna miss!

In addition to the already awesome show, here’s what’s in store for you from the amazing 90s to spice up the tail end of Live Sessions – acoustics to muse over from Counting Crows, Oasis, Nivana and Adam Plant. Whoa, talk about – let’s rock!

These and more on Bootleg Gold: Live Sessions so prep up now, get those front row seats and pump up the volume on your headsets or boxes for tonight’s gig! It’s definitely gonna happen on Cebu’s Y101 Always First when it takes you on a joy ride from 6 PM – 8 PM, also replayed on www.y101fm.com’s Wicked Radio at 12 MN.