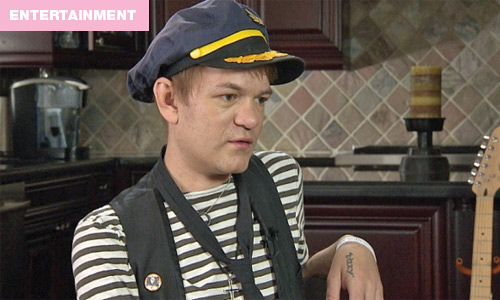 Sum 41 frontman Deryck Whibley has recently revealed that he received some death threats by his ex-wife Avril Lavigne’s stalker.

At a new interview with Vice, Whibley, who wrote Sum41 hits like In Too Deep and Still Waiting, was asked what was the closest he had come to ever having a stalker. The Canadian rock star replied, "My ex-wife [Lavigne] had a lot of stalkers. And being married to her, they sort of wanted to come after me. There was this one guy from the UK who started sending death threats.".

Whibley was then shocked to find out that the stalker who sent him death threats was seriously dangerous. According to Whibley, the stalker reportedly had violent intentions and was careful not to leave fingerprint evidence.

"He was really weird because the stuff he sent had no fingerprints on it and it was at a level that was a little bit more sophisticated. It turned out to be way more serious and he wanted to kill me for some reason. Thankfully the FBI found him over here."

This incident would have occurred during the four years Whibley and Lavigne were married. The couple divorced in 2010 and have now both remarried to other artists. Lavigne went on to marry Nickelback frontman Chad Kroeger in 2013 (before splitting two year later). Whibley married his new partner Ariana Cooper in 2015.

Sum 41 will release their sixth album later on this year, the follow up to 2011’s Screaming Bloody Murder. Entitled ’13 Voices’, it follows Whibley’s recent struggles with alcohol abuse.

13 Voices will be released on October 7. Last week the band released the first single off the album called War.