Buzz of the Day: Check Out the Cover Art of The Weeknd’s New Album ‘Starboy’ 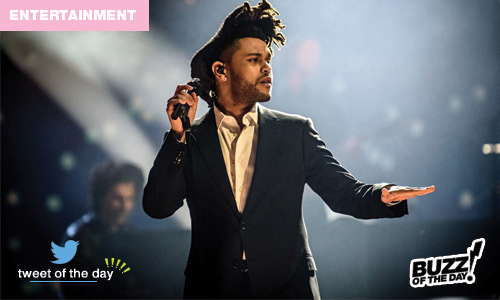 The Weeknd has unveiled the album title and artwork of his forthcoming album, with a release date set to be announced.

Starboy is the follow-up to The Weeknd’s Grammy nominated 2015 album Beauty Behind The Madness which included hit single Can't Feel My Face and Earned It which was also featured in the Fifty Shades of Grey soundtrack.

The Weeknd confirmed the title on Twitter, whilst also sharing the album's artwork. It features a photo of the singer/songwriter, shot by photographer Nabil Elderkin. Check it out.

Whilst the tracklisting is yet to be announced, The Weeknd was spotted in the studio with Daft Punk earlier this year.

Check out also: The Weeknd and Daft Punk – Collaboration in the Works