Did You Know that Bruno Mars’ Mother was a Bayot? 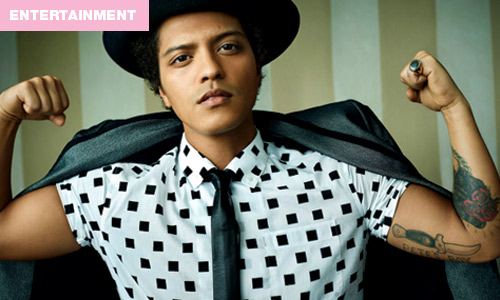 It might surprise a lot of you to know that Bruno Mars is more relatable to you than you think.

That’s because his mom was a Filipina and her name was Bernadette Bayot. This is Bernie and Bruno’s story.

Bruno Mars recently released his new smash hit 24K Magic. It dropped just last week and it instantly became a fan favorite. 24k Magic proved that even if Bruno Mars hasn’t been in your music radar for the last couple of months, when he unexpectedly pops out of nowhere, it’s a certain that it’s going to be special.

His family never doubted that he would be this massively popular now. His mom Bernadette Bayot even said that Bruno was a special kind. The cherry on top of her family’s success through music. This is their journey.

Bernadette Bayot was a Filipina girl in a huge family. She was born on August 21, 1957 in the Bicol region to a family of six brothers! Her mother was worried about her children growing up in the province especially when her husband was the only one supporting half a dozen of them. So as Bernadette’s grandmother was a US citizen, she petitioned some of her grandchildren to live with her!

So to make the story short, In 1968 the Bayot family made their way to San Francisco, but they had a stopover in Hawaii. It reminded them so much of the Philippines that they never made it to San Cisco. Little Bernie Bayot was just 10 years old. 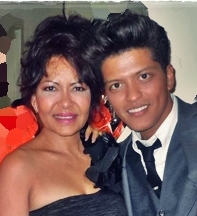 As she grew up, she became a hula dancer and singer. She became one of the hula dancers to perform for a percussionist named Peter Hernandez, a New York-born Jewish/Puerto Rican/Hungarian living in Hawaii. They fell in love, got married, and had 6 amazing children, one of them named Peter Gene Hernandez, who will later become Bruno Mars.

Little Peter Bayot-Hernandez began making music at a young age, not a huge surprise considering they were a music oriented family anyway. Bernie bought him a little piano, and Peter began performing at the age of four as an Elvis Presley impersonator. At that age little Pete was nicknamed “Bruno” because his parents thought he looked like a cute version of the wrestler Bruno Sammartino.

When Peter aka Bruno became an adult, he unsurprisingly went onto the music business. While looking for recording deals, Peter had to go with his other name Bruno and change his last name to literally sound like he was from another planet so record labels would stop trying to make him the next Enrique Iglesias. “Your last name's Hernandez, maybe you should do this Latin music, this Spanish music.... Enrique's so hot right now." Peter remembers in an interview. Eventually, he sidestepped the issue by adopting the name Mars, perhaps figuring that the best way to avoid being stereotyped by race is to sound as though you come from a different planet altogether. And that was when Bruno Mars was born.

Bruno Mars’ mother eventually divorced, and he and the rest of his siblings stayed to their mother. (A Bayot’s love is better). Throughout the 2010’s, Bruno would visit the Philippines for a concert, significantly in Manila and Cebu. The whole family has always been in the crowd every time Bruno performs his pop hits.