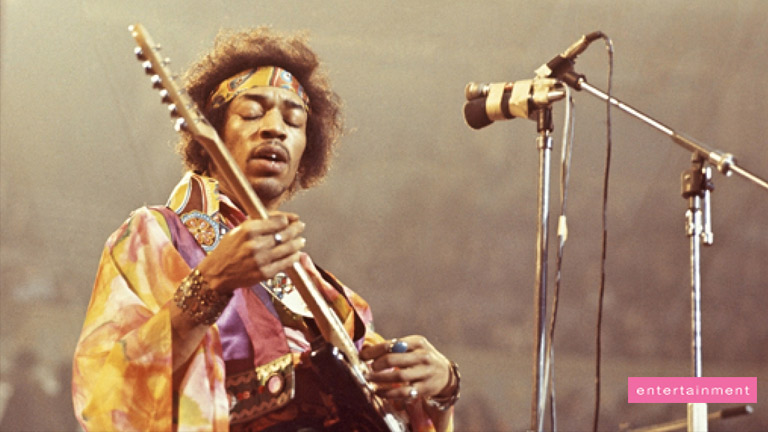 A teenage Hendrix was even fired their mid-performance for playing wild!

Who doesn’t know Jimi Hendrix? Arguably the first ever electric guitar legend. Although his mainstream career spanned only four years, he is widely regarded as one of the most influential electric guitarists in the history of popular music, and one of the most celebrated musicians of the 20th century.
{youtube}u_TO9Ovjq7w{/youtube}

Jimi Hendrix made his stage debut when he played a show at the Temple De Hirsch Sinai synagogue in Seattle in 1959, right when Jimi was still 16 years old.

The story went as soon after Jimi acquired an acoustic guitar, he formed his first band, the Velvetones. Without an electric guitar, he could barely be heard over the sound of the group. After about three months, he realized that he needed an electric guitar in order to continue. In mid-1959, his father relented and bought him a white Supro Ozark.

Jimi's first gig was with an unnamed band in the basement of the Temple De Hirsch, but after too much showing off, the band fired him between sets. It was also said that he was fired mid-performance for his wild playing.

If you wanna listen to some legendary Hendrix.. don’t forget to tune in to Y101’s Friday Gold Rush.. where all the hits from yesteryears gets played today! Only here at the rhythm of the city, Y101, Always First!