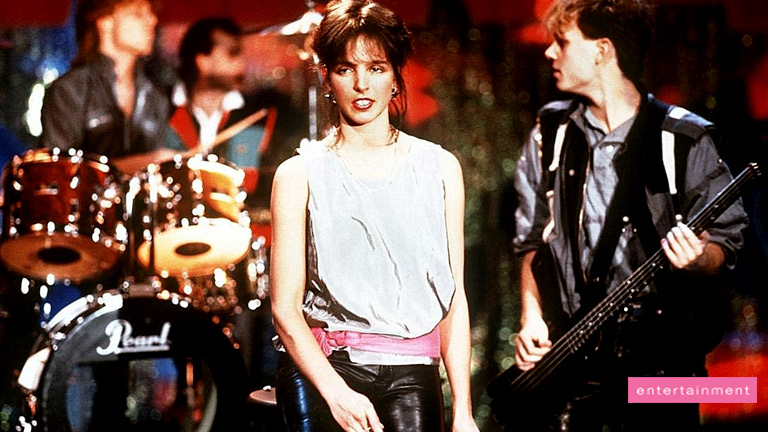 99 Luftballons, which literally just means “99 balloon” in German, is an anti-war protest song by the one-hit wonder German band Nena from their 1983 album.

An English-language version titled "99 Red Balloons", with lyrics by Kevin McAlea, was also released after the wild success of the German song internationally. The English version is not a direct translation of the German original and contains somewhat different lyrics.

{youtube}La4Dcd1aUcE{/youtube}
33 years ago today, the song was all over the radio. It started a three week run at No.1 on the UK singles chart. The song was also a No.2 hit in the U.S.

This was one of the songs in the '80s to make a point about the brinkmanship and paranoia/hysteria surrounding the issue of war. The song talks about Nena and the listener buying 99 Balloons in a shop and letting them go, for fun. These balloons show up on the radar as unidentified objects and both sides scramble planes and go to full alert to counteract a perceived nuclear attack, when in fact it is the most childlike of things, a bunch of balloons.

Some also interpret it as about the dreams of the German people that were lost after World War II. The 99 balloons represent the many dreams that each person had. At the end of the song, she just wants to prove that the German people did have dreams by finding one balloon - she finds one balloon, a dream, and lets it go.
{youtube}06RGVQ4dtvg{/youtube}

If you wanna listen to this song play on air, you can simply tell our rhythm crew so but hitting us a message on our new #Letstalk chatbox found on our website. Listen to some oldies but goldies hit every Friday on Y101’s Friday Gold Rush, only here on the rhythm of the city, Y101, Always First.