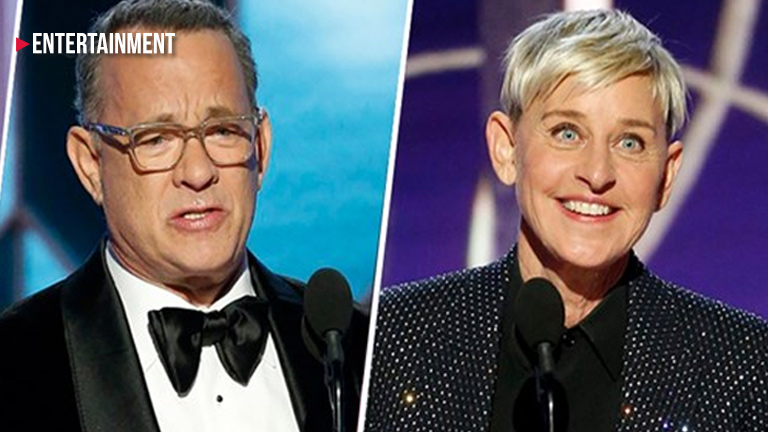 Hanks is also nominated for a supporting-actor award during the ceremony for his portrayal of Mister Rogers in “A Beautiful Day in the Neighborhood.” He is an eight-time Golden Globe winner and a 15-time nominee.

Hanks is one of only two actors in history to win back-to-back Academy Awards for best actor. He won his first Oscar in 1994 for his portrayal of AIDS-stricken lawyer Andrew Beckett in Jonathan Demme’s “Philadelphia.” The following year, he took home his second Oscar for his performance in the title role of Robert Zemeckis’ “Forrest Gump.”

His other credits include “Big,” “Saving Private Ryan,” “Cast Away” and “The Post.”

“The Hollywood Foreign Press Association is proud to bestow the 2020 Cecil B. deMille Award to Tom Hanks,” said HFPA President Lorenzo Soria. “For more than three decades, he’s captivated audiences with rich and playful characters that we’ve grown to love and admire. As compelling as he is on the silver screen, he’s equally so behind the camera as a writer, producer and director. We’re honored to include Mr. Hanks with such luminaries as Oprah Winfrey, George Clooney, Meryl Streep, Martin Scorsese, and Barbra Streisand to name a few.”

Chosen by the HFPA Board of Directors, the Cecil B. DeMille Award is given annually to an individual who has made a lasting impact on the film industry. Past honorees include Jeff Bridges, Robert De Niro, Audrey Hepburn, Harrison Ford, Jodie Foster, Sophia Loren, Sidney Poitier, Steven Spielberg, Denzel Washington and Robin Williams.

DeGeneres will be only the second recipient of the Carol Burnett Award, which the HFPA created last year as the television equivalent of the Cecil B. DeMille Award. The inaugural award was presented last year to Burnett.

DeGeneres has earned three Golden Globe nominations in her career, all for her performance as quirky bookstore owner Ellen Morgan in ABC’s “Ellen.” The 90s sitcom broke ground when its titular character — along with DeGeneres — came out of the closet in 1997, making it one of the first major TV shows with an openly gay lead character.

Her long-running talk show, “The Ellen DeGeneres Show,” has been a staple at the Daytime Emmys throughout its 16-year run, garnering 11 wins in the talk show category and four wins for DeGeneres as host.