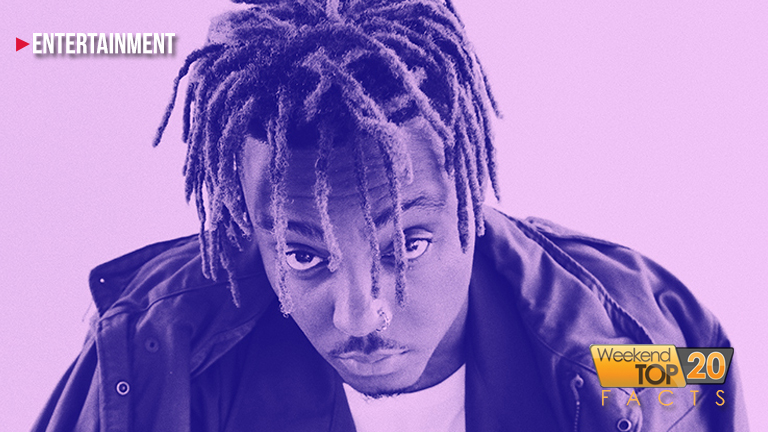 On the WEEKEND TOP 20 this week, emo-rapper Juice WRLD quickly rises up the charts with the heartbreakingly powerful anthem Lucid Dreams, now at #13. Meanwhile, two new songs debut. Franz Ferdinand, the Scottish indie band popular in the 2000’s, have made it back the charts with their new single “Glimpse of Love”, debuting at #20. Martin Garrix and Khalid also debut with their collab track Ocean at #18. Check out facts about this week’s hits below.