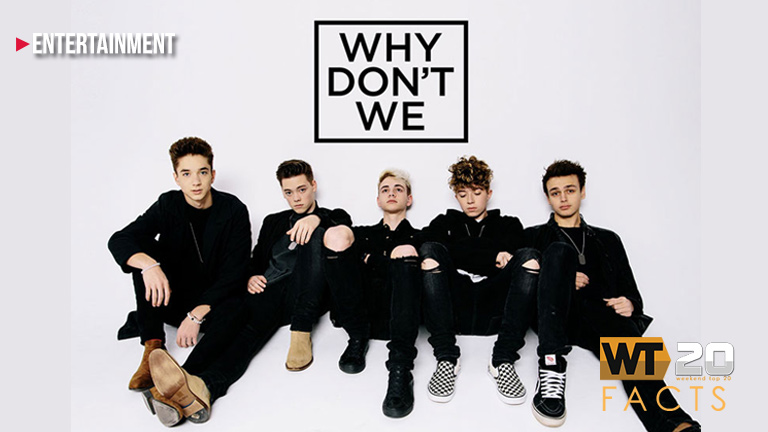 Why Don’t We is a pop band from America that consists of five members; Daniel Seavey, Jack Avery, Corbyn Besson, Zach Herron, and Jonah Marais. The group formed in 2016 but each member had already recorded songs as solo artists before. Seavey being the most notable as he was a contestant in “American Idol” ranking in the Top 12 during Season 14.

The pop group released their debut album, 8 Letters, back in August. The record includes their Weekend Top 20 hit that just recently struck number one on the charts. Learn more about the song and the rest of the WT20 hits below.

Knocker: “Love Someone” by Lukas Graham

Debut: “Too Much” by Zayn ft. Timbaland

Debut: “All I Am” by Jess Glynne