Billie Eilish's "Bad Guy" made it to No.1 at the Weekend Top 20 Countdown 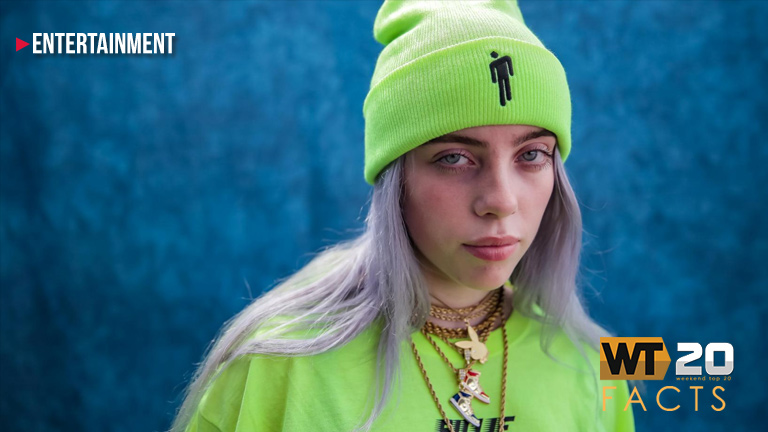 She is a 26 year old English Singer & Songwriter; the other is a 31 year old up American singer and rapper. Both collaborated and reworked the former’s Track 10 of the mix tape “Pop 2” and turned it into critically acclaimed pop hit about the uneasy feeling someone makes you experience.

Released last May 23, as the lead single of the Aussie band’s upcoming 4th album. It is based on the lead singer’s rocky romance bordering on hopelessness.

25 year old former member of Fifth Harmony,Ally Brooke grew up listening to artists like Selena, Gloria Estefan and Jennifer Lopez. More of her influences are Bruno Mars and Justin Timberlake.

Joe Jonas is married to English actress Sophie Turner… known to all as Sansa Stark of Game of Thrones & Jean Grey of The X Men.

He’s real name is Robert Rihmeek Williams an American singer, rapper and activist.
She is an English singer and songwriter with the breakthrough hit “Boo’d Up”
And, with a sample of Beyonce’s song “Me, Myself & I” both artists pair up for the first time on this love song played for the 1st time by both, live last March.
.
#1: NEW : BAD GUY – BILLIE EILISH (Ai-LISH)

.Her real name is Billie Eilish Pirate Baird O’Connell. She is 17 years old. She gained a following when she released her first single on Soundcloud at the age of 15. And this is the fifth single from her debut album “When We All Fall Asleep, Where do we Go”, her biggest track to date
And THE NEW #1

“bad guy” is undoubtedly a shift in the personality of Billie Eilish’s music. It addresses more sexual themes than listeners might be used to from her, and heads in a darker moral direction with lines such as “might seduce your dad type”. The question really is, is darker deeper? Are we learning something important about the world, something that can help us become better people? In the end, while this may be a likeable song in many ways (production, stunning vocals, some clever lines, and its self-aware nature), on a lyrical level, it isn’t deep, and singing about walking all over others to serve ourselves doesn’t help us to make us people who care for the world around us, even if it is only in jest. - popsongprofessor.com