Japan puts mango-wrapped Kit Kat’s on your pizza! Check it out. 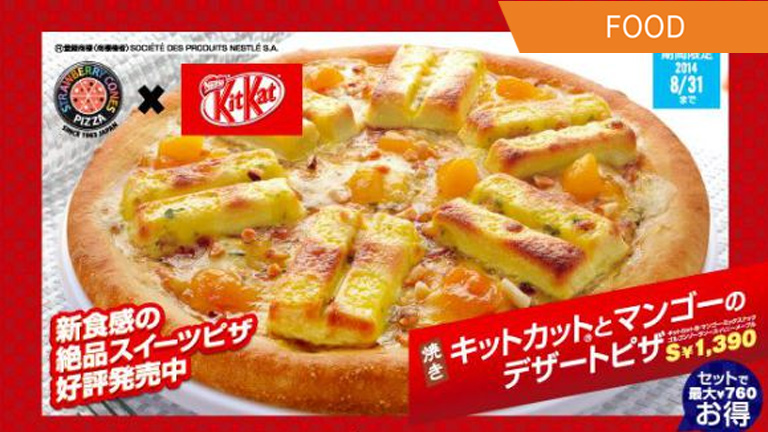 Japan is obsessed crazy with the chocolate-covered wafer that they put it on top of your pizza!

Say you're in Japan and you're in the mood for a slice of American-style pizza. You head to a pizza parlor in the city of Tokyo and discover they’re serving a specialty called the Kit Kat Pizza. You think to yourself that the “Kit Kat” part of the name is just a regional term for a fish or some spice, right?

Nope, it's literally Kit Kat chocolate wafers on top of your American-style pizza.

A $16 (P800) medium pie comes with slices of mango wrapped around the Kit Kat bars and blue cheese, ingredients that aren’t usually found on top of normal pizza. And how do they taste? According to Twitter user @Crons_Game, better than originally thought.

Of course, the decision to put Kitkat on top of pizza isn't entirely unprecedented, as Japan's unmatched love for the wafers saw a Kit Kat specialty boutique in Tokyo last January, and they offer an endless supply of Kit Kat flavors ranging from roasted tea to red bean.