Would you drink a cocktail with a severed human toe in it? 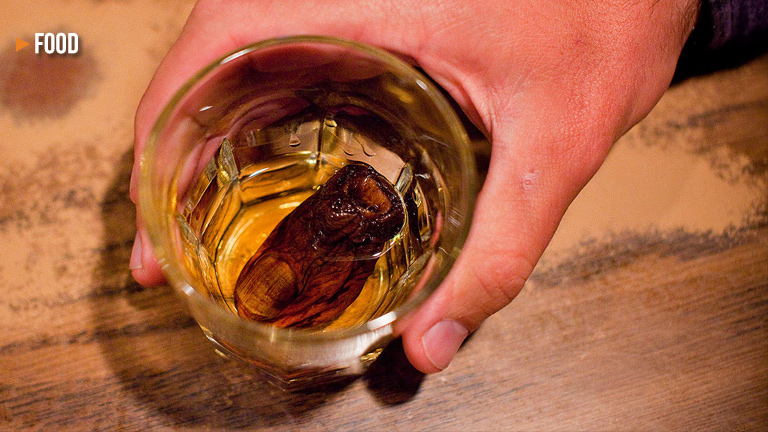 There’s a bar in Canada that serves severed human toe inside a cocktail. They call it the Sour-toe cocktail. It contains a pickled human toe soaked inside any liquor you like.

The bar that serves the toes say they drain the toe from all its bodily fluid then pickle it for days. The pickled toe is then dropped into a cocktail that contains any liquor you want. The bar claims the human toe inside your cocktail is harmless. The only way to die from drinking their Sour Toe cocktail is if you choke on it.

How is this a thing, you ask? Well basically in 1973, some guy named Captain Dick Stevenson found some other guy’s frostbitten toe floating in a jar of alcohol inside an abandoned cabin. Captain Stevenson noticed the alcohol dated back to the 1920’s. He took a sip off the alcohol with a floating severed toe in it and concluded, "This needs to be in a drink," and that’s where the sourtoe cocktail was born.

There's also a rule if you drink it: "You can drink it fast, you can drink it slow, but the lips have gotta touch the toe." No swallowing, though, because severed toes are hard to find.