Android fans rejoice, apparently the Samsung Galaxy S7 is launching real soon! Whether by accident or as a deliberate teaser the GalaxyClub spotted accidentally published details as well as confirming the upcoming 5.5-inch Galaxy S7 Edge. The site confirms the name 'S7 Edge' and upgraded functionality exclusive to the Edge range. Incidentally, just a few days ago Samsung formally announced its annual Samsung Unpacked event set for February 21st, where all signs point to a both the Galaxy S7 and S7 Edge. 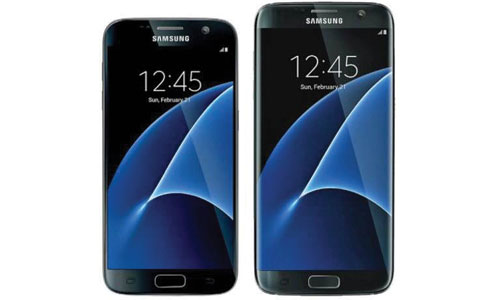 So if you opted out in grabbing an S6 or S6 Edge, the latest specs of the upcoming models can strongly convince you to make an upgrade. Although looking barely different from the previous model, the S7 models have more key features that the previous flagship Galaxy series had. The Samsung Galaxy S7 will have the same 5.1-inch 2560 x 1440 Quad-HD S-AMOLED screen inside the phone. More rumored specs include an 8-core Qualcomm Snapdragon 820 processor with 4GB of RAM, 32/64GB of storage with a micro-SD slot for user-expandable storage, Android 6.0.1 Marshmallow with Samsung TouchWiz UX! 12 Megapixel f/1.7 Aperture camera, optical image stabilization, 5MP front camera, Fingerprint Scanner in front home button with a rumored Iris scanner, IP67 dust and water resistant, 3,000 mAh battery, 3,600 mAh in Galaxy S7 Edge, and Quick Charge 3.0 technology with both wireless and plugged charging.

But fans and consumers better wait 'till the official details and specs as it will be announced in less than 2 weeks. The Galaxy S7 Launch is on February 21st in Spain during Mobile World Congress, and it will start at 7:00 PM CET in Barcelona. There will be live-streams from different sites so better keep your eyes peeled.