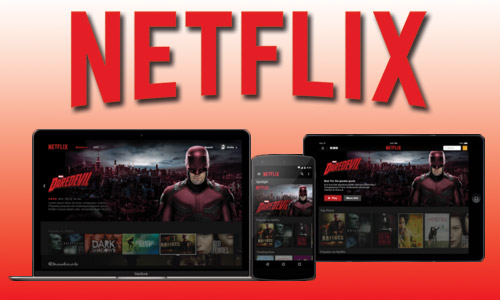 Now we can all get some Netflix and chill.
The video-streaming service announced that it was launching in a host of new, additional countries, including the Philippines. At the recent Consumer Electronics show at Las Vegas, CEO Reed Hastings said at the end of his presentation that he is "delighted to announce that while we have been here on stage at CES, we switched Netflix in Azerbaijan, in Vietnam, in India, in Nigeria, in Poland, in Russia, in Saudi Arabia, in Singapore, in South Korea, in Turkey, in Indonesia, and in 130 new countries." Netflix has also added 3 more languages such as Arabic, Korean, and Simplified and Traditional Chinese to the 17 languages they currently support. Cool!
Now a global TV network and service, Netflix in the Philippines can now be accessed at www.netflix.com/ph and will have 3 plans available starting at P370. Standard (P460) and premium P550) plans also have additional screens for viewing at once, as well as the addition of HD and Ultra HD capabilities. So check out the PH site for a complete breakdown of the perks per plans you wish to avail.  There’s also another reason to click that link now- the service is currently offering a one-month free trial!
On a wider scope, this also means good news for local talent. Hastings expressed during his presentation that the global reach also means that Netflix should be tapping into more local talent for original productions from various parts of the world. So who knows, you might see more Filipino projects aside from your weekly dose of Orange is the New Black and House of Cards anytime soon.
#y101fm #alwaysfirst #geeknews
Twitter