Uber has been operating in Cebu for almost seven months now.

App users used to pay with their credit cards, but today Uber launches its new cash option transaction with a 50% off discount on your first five rides!

Sometimes when the line in the jeepney terminal is just way too long, it would seem that you’ll have no chance in getting to your destination on time. With Uber and a tap of a button, you will immediately get the ride you need! 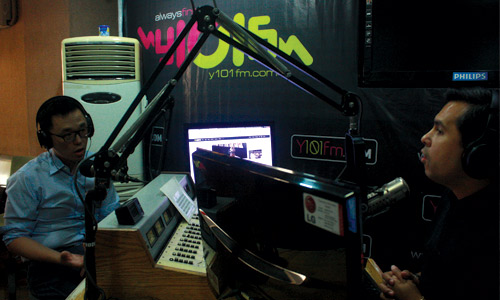 READ: No Credit Card Needed: Everyone Can Now Uber in Cebu

Uber is a car service where you can get a ride on short term notice. You can use the Uber app to request a car to your current location. Once the nearest driver sees your request and accepts it, you will then get GPS updates of the whereabouts of that car. When it arrives, bam! Instant ride!

Uber has been in operation out in Manila since 2014, Due to its popularity and positive feedback there, Uber expanded down to the Queen City of the South just last year.

Uber users used to pay their Uber drivers through a credit card transaction. But today Uber Cebu launches its new cash option transaction when they discovered that most Cebuanos are shy to use their credit cards. Now you can pay your Uber driver with money straight from your wallet!

To celebrate this launch, Uber Cebu is giving out a 50% discount to new users’ first five rides! A new Uber app user will have to register first and enter the promo code celebratecebu to get his first five rides half the price! The promo will end on July 17.

If you want to read more info about Uber Cebu and how to become an Uber driver yourself, visit their website here http://ubercebutips.com/

Uber is the fastest and most convenient way to take a ride in the heart of city. Enjoy your Uber ride everybody!