On July 6, social media in the Philippines was flooded with screenshots and posts about Pokemon GO, the new sensational augmented reality game from Nintendo and Niantic. But today anyone who downloaded the app can’t access it anymore. 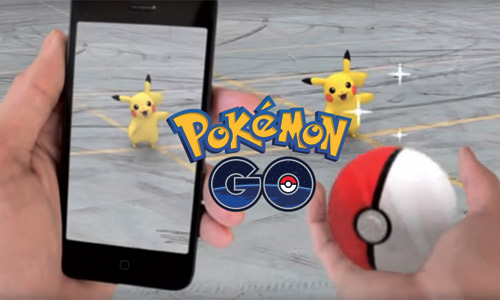 The game was intended to be made available only in some countries like Australia, New Zealand, and Japan. Individuals outside the authorized territory, including the U.S. and the Philippines managed to gain access to the game by downloading it illegally via APK files.

Because of this, Niantic, the maker of the game, allegedly shut down the servers to avert unauthorized downloading. So if ever you are wondering why you couldn’t catch Charmander or Bulbasaur, it's because the servers are cut down.

Pokemon GO made a sneaky release out for iOS and Android users yesterday in select countries. The augmented reality mobile game from Nintendo and developer Niantic Labs, features a unique and fun way to interact with your surroundings.

In the game, Pokemon are found on earth. You can walk around with the app and capture them all. You essentially use your phone like a viewfinder. The app will overlay pokemon you find. The description of the game says “certain pokemon appear near their native environment. Look for water type pokemon by lakes and oceans”.

To catch a pokemon you swipe a ball instead of fighting one. To get items like pokeballs, eggs and potions, you’ll have to visit certain landmarks in your town (Pokestop), so think about your local historical markers and monuments.

The app is free but there are in-app purchase options. The game is also a really big battery drainer so players should charge their phones before catching pokemon. Sadly there is no date for a worldwide release yet and Filipinos can’t get out just there yet to catch pokemon around the city.

Here’s a new teaser for everyone to tantalize at.