Google Has Free Fruit Games on Your Phone! 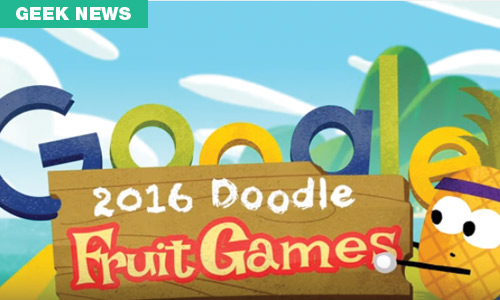 The 2016 Rio Olympics kick off this week and to celebrate, Google is featuring a new interactive doodle in the Google App for iOS and Android every day for the next seven days.

So if you couldn’t make it to Rio (which may be for the better, given all the issues the city currently faces) you can now guide a bunch of delicious fruits through a mock Olympic decathlon where the greatest threat is being literally steamrolled by an overly aggressive melon. Even the Fruit Games are dangerous!

Google hopes you will find these fruits as “apPEELing”. There is a biking game (you play a coconut on a BMX bike), water polo, spider hurdle jumping, a coconut and pineapple playing tennis, and more. You can also play a cute berry that is trying to avoid getting turned into a smoothie by an overly aggressive (yet oddly happy) watermelon.

Just open the Google app on your phone!