The Do's and Don'ts When Playing Pokémon Go 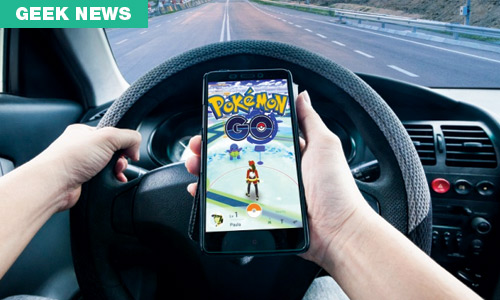 People have been walking the streets and public places looking down their phones and you know why- Pokémon Go has took over the world and mobile data.

And with anything that becomes wildly popular, there’s some inevitable bad behavior that comes with it. It is addicting and it comes to a point when we don't practice good manners anymore. Game players have also found themselves in places that would otherwise be deemed to be inappropriate for any type of game play, but for some reason are still choosing to engage in Pokémon Go. Today let's discuss some proper etiquette when catching those evasive Pokémons:

DO...
1. Be a good sport (and neighbor) by using a Lure Module at the Poke Stops in your neighborhood.
2. Buy goods from the restaurants and cafes or stores that you enter because you want to catch Clefairy or Bulbasaur. Tip extra if you stay longer than an average customer.
3. An incense is especially cool when you can't get up from your bed. Why not light one while you're with a group of friends? Do it for the #squad.
4. Put your phone away when the vibe isn’t right. Trust your instincts- if you think there's a snatcher nearby, just put your phone away.
5. Help a brother or sister out by sharing your power bank when the battery runs low.
6. Explore new places! One the best things about Pokémon Go is it gets people to places in their city that they’ve never visited before. Make sure you actually look up from your phone every now and then to really take in the beautiful city you call home.

DON'T...
1. Run into the street if that’s where Mewtwo is. Try your best to catch ‘em from the sidewalk, and out of the two lines of direct traffic on the sidewalk. Be safe and avoid being a nuisance in traffic!
2. Play Pokémon Go in cemeteries, churches, hospitals, or a private property! If you accidentally wander into one, politely tuck your phone into your pocket and quietly see yourself out.
3. Disrespect people who live in the neighborhood where you’re trying to catch Pokémon, especially if you do so at night. Unbeknownst to bewildered homeowners and occupants, many structures, including homes, have been turned into Pokémon gyms without approval of the property manager or homeowner. Don’t litter, yell, or act rowdy. You are making it unpleasant for the folks who call that place.
4. Walk on staircases all costs! 'Nuff said.
5. If you’re going to play Pokémon Go on public transportation, be extra diligent about protecting yourself against theft and also making sure you provide room for those who might need access to the space you’re occupying.
6. Be mindful of where you walk at all times, but especially during rush hour. No stopping on the left side of the sidewalk, stairs, or hallway and let others go through- don't block the way!
7. It’s always good manners to be friendly, but don’t be intrusive to others around you you suspect of playing Pokémon Go at the same time you are. They might not want to talk to you, and that’s their right. Don’t push it.
8. And finally, if you’re not playing the game, don’t shame others who are. That’s just mean and bitter.
9. Don't shame the new fans of the series and game too! Not everyone grew up liking the anime series. Don't be a douche.