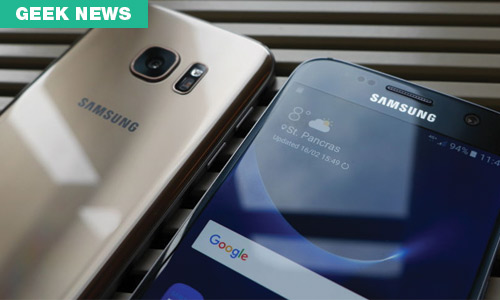 Just when Apple was about to unveil the iPhone 7, Samsung is making some noise with the upcoming flagship device!

The Korean tech giant has come a long way in recent years, and rumours would suggest that it's got a lot of interesting stuff coming up in the not-too-distant future, things which are shaping up to be major milestones in the mobile tech space as a whole. The Galaxy S series has been their flagship devices aside from the Note series and Samsung is now hinting at the future release of a device said to change everything next year.

But to go head-to-head with Apple isn't the idea behind this- Samsung is going to be first to market with a fully folding and flexible Super AMOLED display smartphone; the Samsung Galaxy S8, and this will change the mobile device market permanently - including phones, tablets, and the rest. The Samsung Galaxy S8 is going to be introduced with the market in first 4 months of 2017. Yet, some rumors are going on, which shows that some handsets of the version have been released several pictures and descriptions already. The people should know that the S8 series has more features than early S series handsets. The experts are saying that the phone can rule the industry with cost and value. Some huge specifications and updated Android version has been installed to the system set-up and it has amazing benefits.

In terms of price, the S8 is said to set you back at up to $1,000. But the S8 isn't the only device tech analysts are looking out for. Samsung is expected to launch five flagship devices in 2017, according to recent rumours. One of those is tipped to be a foldable Galaxy X, but familiar entries look likely too: think the Galaxy S8, Galaxy S8 Edge, and Galaxy Note 8.