Did You Know that Taking Instagram Pictures of Your Food Really DOES Make It Taste Better!? 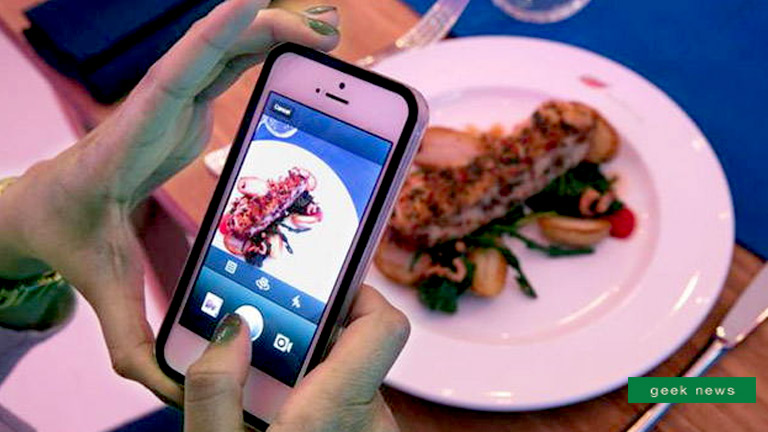 A scroll through Instagram on any given day is likely to return three types of pictures: selfies, sunsets and food. Lots of food.

Everybody knows somebody who has sat down for a meal and has taken a picture of it, only to have it posted later on the photo-sharing app Instagram.

Food boasting has become a huge thing. Taking pics of your meals have even replaced the hugely popular prayer before meals ritual.

Search #food on Instagram, and you will see millions of perfect (and not-so-perfect) square-cropped images of breakfast, lunch and dinner, not to mention all those snacks in between.

Some people revile other people who take pictures of their food. Even restaurants are getting in on the foodie hate, banning those taking photos of their food by claiming it's an irritation and distraction for other patrons. Which is their loss, because scientifically speaking, no one can enjoy their food more than someone who has just documented it for all their social media followers.

Multiple studies have found that taking pictures of your food with Instagram does make the food taste better. Researchers from the Journal of Consumer Marketing claim that the act of sharing photos of your food significantly enhances the flavor and taste, after you've put the phone down and gotten around to eating it. After all, everyone deserves to get the best culinary experience their Hefe filter can muster.

The science behind it? One study cites the momentary active delay in consuming your food, which increases the length of time you savor it. Those few extra mouthwatering moments of anticipation have an impact on the flavor of your lunch.

Another study shows that ritualized behavior makes food more flavorful and savory, and there's nothing more ritualistic than staring at your food through the lens of your camera and then letting it sit there as you dutifully type in a bunch of hashtags. Indeed, Foodstagramming might prove to be the greatest spice in history!