‘Love is Love’: A new comic book in honor of the Pulse nightclub victims 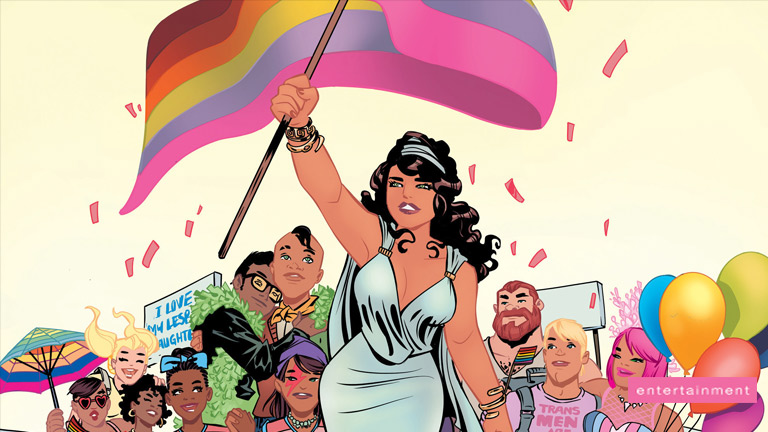 The new must have books critics say that should be in everyone’s stack is called “Love is Love”. From IDW and DC Comics, Love Is Love anthology, from various creators, was organized by writer Marc Andreyko (who worked in DC’s Manhunter). Created to benefit the victims of the Pulse nightclub shooting in Orlando, Florida in June of 2016, the anthology features a massive creative team, coming together as 144 pages.

@Philjimeneznyc your story was beautiful. @marcandreyko this collection is amazing. It made me cry. It made me feel better. #loveislove pic.twitter.com/S5Y8oZdeKN

#LoveisLove is out today.
Pick up this book full of talented creators.
We were proud to contribute a story to this wonderful anthology. pic.twitter.com/EK3pwFJ4At

The description of the comic book states, “The comic industry comes together in honor of those killed in Orlando. Co-published by two of the premiere publishers in comics—DC and IDW, this oversize comic contains moving and heartfelt material from some of the greatest talent in comics, mourning the victims, supporting the survivors, celebrating the LGBTQ community, and examining love in today’s world.”

Check out a preview of the comic here. http://www.cbr.com/love-is-love/