Everything You Need to Know About the Nintendo Switch 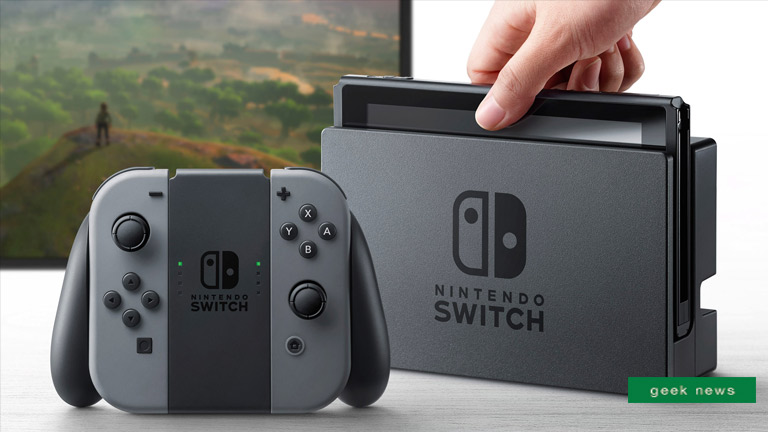 Switch and play and have the freedom to have fun wherever, whenever!

Nintendo's has unveiled the Nintendo Switch, a new games console comprised of a portable tablet-like device and a docking station for home play. It is different, interesting, and quite exciting!

The Switch wants to be a little different to existing consoles like the Xbox One or PS4 by letting you go mobile with it, lifting out the 6.2-inch display when you leave the house, or connecting to the TV when you're at home. Basically, you can “switch” between playing on the go or playing at home on a TV.
{youtube}f5uik5fgIaI{/youtube}
It's due to launch on March 3 with pre-orders open (although most vendors have already sold out for day one.) You might be able to pick one up from a store on the launch day itself, or there'll no doubt be new stock arriving soon after. Just keep crossing your fingers!

The Nintendo’s Switch’s main gimmick is that you can switch between handheld and home console modes. The brains of the system live inside the 6.2-inch 720p capacitive touchscreen tablet you can carry anywhere! The battery ranges from 2.5 to 6.5 hours and you can charge over USB cable.

You can prop up the kickstand to enjoy the Switch on a plane (just like in the trailer). Slide off the Joy-Con controllers for quick and easy local multiplayer or connect up to eight Switches wirelessly. Games come on cartridges so no need to worry about fragile spinning discs. At home, simply slide the tablet into the dock to enjoy games on your big and beautiful television screen. In TV mode the Switch can output 1080p visuals at 6o frames per second

The Joy-Cons themselves also have a range of functions including motion control, shape-detecting IR camera sensors, “HD” rumble, an NFC scanner for amiibo, and a share button for capturing screenshots and video.

Parents interested in parental controls for the Nintendo Switch should also know that a PSA has been put out starring the Bowser family!
{youtube}03bAayBtcb0{/youtube}
The Nintendo Switch is priced at $299, which is approximately 15,000 pesos.