You can now buy a mini-laser gun to shoot and burn targets! 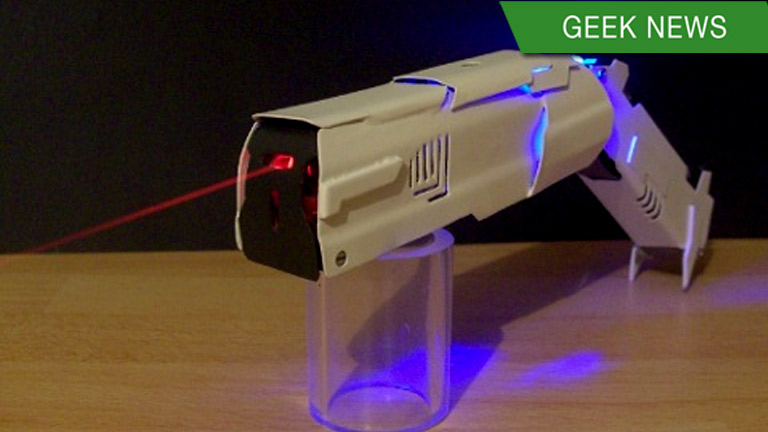 The latest from Laser Gadgets, the mini-lasergun (foldable or static) is a full metal 220mm laser gun that is powered by eight AA batteries. The batteries power the laser motor and the gun's turret is powered by four ball bearings controlled by a mechanism under the gun.

As the barrel spins, the lasers - powered by lithium-ion batteries - are shot out. The mini-lasergun can shoot tin cans off a wall and burst balloons with a tiny but super-powerful laser.

The inventor of the mini-lasergun said that although it is only strong enough to pop balloons, it is still too dangerous to be used outside. It also goes without saying that it’s dangerous to point the laser at people and animals.