Could this mean a smart miracle?

Samsung just joined forces with Google and Microsoft in building its very own smart earbud. Called the Earcle, this smart earbud plays music, handles hands free messages and enhances call quality. Samsung refers to left and right earbuds so it's has been designed as a set of independent in-ears, available in different sizes, which wirelessly connect to each other. There's a single control button and a microphone for calls and voice controls and has a receiver which sits behind every ear. The device will have a bunch of different sound amplification settings too to make sure you can always hear calls whether you're in a meeting room, restaurant, outdoors or at a concert. 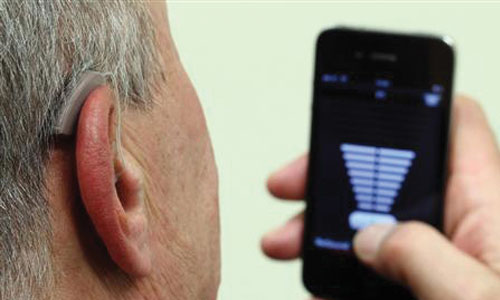 The upcoming Samsung hearable is designed to connect to Samsung Galaxy phones via Bluetooth and is a non-prescription device so it can't be considered a hearing aid yet. News about the Earcle was first known back in October so who knows- there could also be a separate hearing aid in the works.

If this pushes through, Samsung joins with Google, Microsoft and Apple, all who have been tipped to be working on some form of hearable devices set to release this 2016.