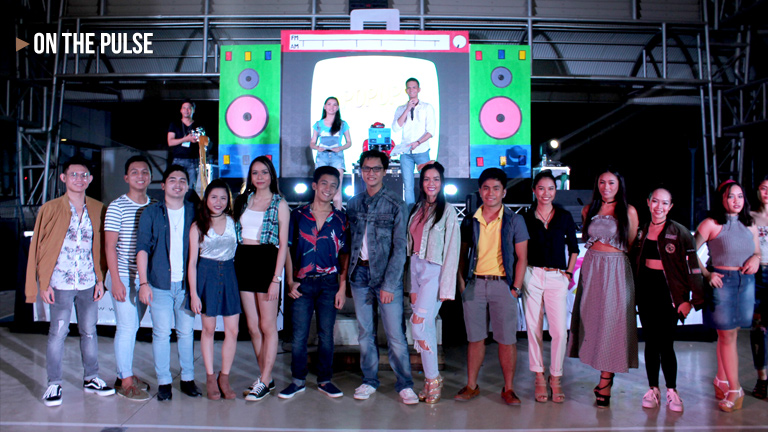 On the night of July 28, 2017 Prestige Cebu (Events & Concepts) and the College of Allied Medical Sciences at Cebu Doctor’s University threw a “re-acquaintance” party for its third year and fourth year students. POP UP 90’s was the theme of the party, so everybody entered the school gymnasium flaunting the best of the 1990’s fashion trend.  Outfits such as denim jackets, wide-leg pants, ripped jeans, and reverse caps were worn during the event, proving that CDU MedTech students really know how to dress their best.

Starting with a buffet dinner for more than 200 students, the Pop Up 90’s event officially commenced with the recognition of students who made it into Dean’s List. Later the presentation of Mr. & Ms. MedTech got everybody pepped up as the prettiest male and female representatives of each section flaunt their attire for the crowd.

The fourth year students later had themselves grinning from ear to ear when they did their best in the choreographed bopping to a mash-up of 1990’s dance hits that include the Macarena and Backstreet Boys’ I Want it that Way. Then to turn things light, the CDU-MT Choir performed a stunning a-cappella medley of timeless oldies by Queen and the 1995 Pocahontas soundtrack.

Students engaged in trivia games and more numbers were performed through the night. The CAMS Supreme dance group did a sexy interpretation of Despacito, and the Mr. & Ms. MedTech were crowned to Mulford Samper and Wysden Muñez both from 3C.

The after-party was as electrifying too. GMTFX the human beatboxer and DJ Ren Cubil kept the crowd going while most of them ran around the gymnasium throwing colored powder at each other. The CDU POP UP 90s event was a fun night that MedTech students will not forget in a long time.

The CDU POP UP 90’s event was organized by students of the College of Allied Medical Sciences at Cebu Doctor’s University and Prestige Cebu Events & Concepts in partnership with Y101FM.