‘What will you do with the prize money?’, the rhythm crew asks the candidates of Binibining Cebu 2017 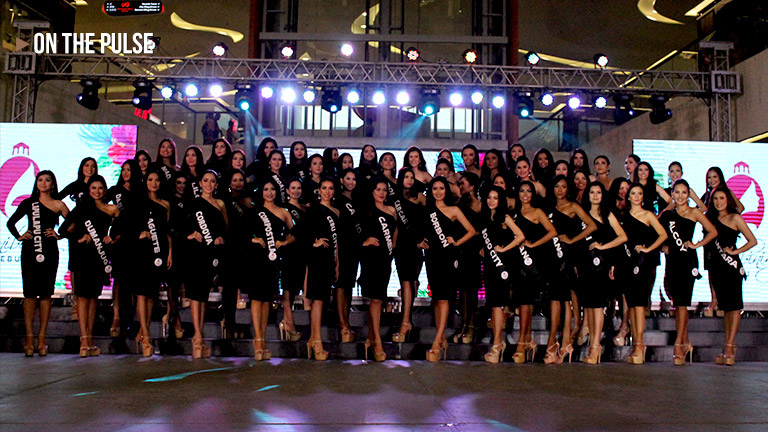 Binibining Cebu is the highly anticipated pageant that "honors Cebu's beautiful diversity and colorful stories, as told by Cebuanas through a celebration of their heritage, talent, and beauty." According to Kenneth Lim, the president of the Bb. Sugbu Charity Foundation and Sacred Heart School for Boys Batch 1985 Foundation (both of which are presenters of the event), the pageant aims to promote tourism and culture in our province.

A series of activities that include the evening gown competition, swimsuit gala dinner, and pageant interview, will be held before the grand coronation night scheduled on October 28, 2017, at the Waterfront Hotel.

The first activity of the Binibining Cebu was the media launch and presentation of candidates held yesterday (August 29, 2017) at the Mountain Wing Atrium, SM Seaside City Cebu. The media were allowed to ask questions to any of the 54 candidates and the rhythm crew chose to ask three of them; Ms. Liloan, Ms. Minglanilla, and Ms. Lapu-Lapu.

Ms. Liloan Maria Therese Enoc, a 22-year old law student, said that when she wins the prize money, she will spend some of it to pay for the preparation of her bar exam, which we're told costs about 50-100k.

21 year old Ms. Minglanilla Ingrid Elizabeth Montescarlos Gerodias, for her part, said she will save up the money to buy a house. According to the B.S. Management student, "nothing beats preparing for the future".

Finally, 22-year old advertising arts student, Ms. Lapu-Lapu Mary Catherine Codilla, said she will invest her money on an app she is developing that would provide freelance workers their own platform to "share their talents". Codilla also said she will use her prize money for the sustainability of her charity called Project Kalipay, where it aims to give happiness to "strangers from all walks of life".

The next Binibining Cebu activity will be the Philippine Terno Competition scheduled to take place in Cabicera de Argao, Municipality of Argao on September 23, 2017 (Saturday), 6:00PM.