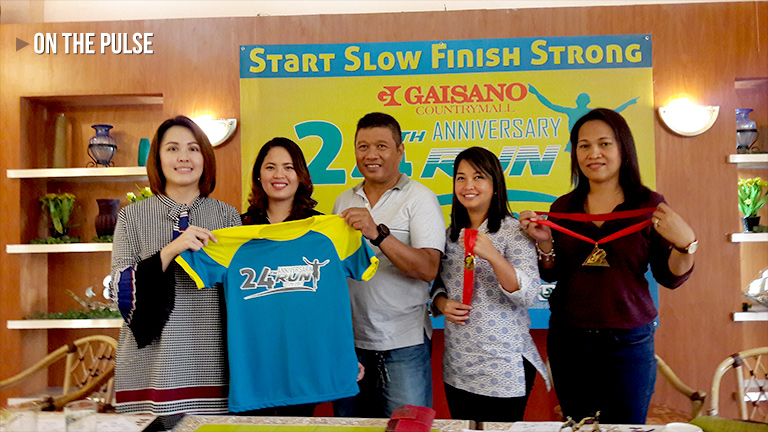 The Gaisano Country Mall is celebrating its 24th anniversary next month. With that, they will also be bringing back their annual run in which this year will be set on October 29 (Sunday).

Registration fees are pegged at P350 for the 5K category, P450 for the 10K, P550 for the 15K and P650 for the 21K inclusive of post-race refreshment, loot bags, and other items. All 21K finishers and first 100 finishers of the 15k will receive specially-designed medals.

Registration ends until the day of the race itself. However, those who wish to join the 15k and 21k races must register early in order to receive special medals.

Gaisano Country Mall’s beneficiary for this year’s race is C.U.R.E. Foundation, a non-stock, non-profit, non-government organization based in Cebu. They aim to “promote values formation according to Biblical standards; provide access to education, health and nutrition; and to protect children from sexual abuse.”

Jolene van Oost of C.U.R.E. says the proceeds for the race will be used in the operations of their shelter and for the acquirement of appliances to be used by the children in the Foundation.