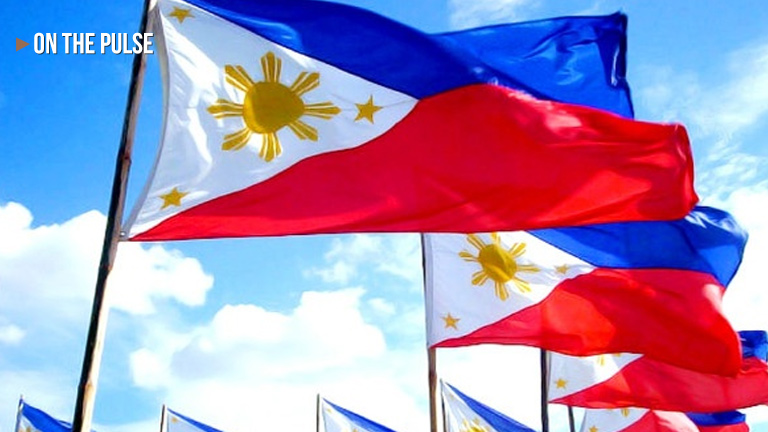 Every time a movie theater plays the last movie of the night, the national anthem is played for the audience.

According to Section 38 of the Flag and Heraldic Code of the Philippines (Republic Act 8491); “when the National Anthem is played at a public gathering, whether by a band or by singing or both, or reproduced by any means [i.e. played in a movie theater], the attending public shall sing the anthem. …As a sign of respect, all persons shall stand at attention and face the Philippine flag.”

However, a 20-year old man named Bayle Einstein Gonzales didn’t do exactly that. When the national anthem was playing inside a movie theater in Angeles, Pampanga last Saturday, Gonzales did not stand up and continued to eat his popcorn.

Seated in front of Gonzales was Chargé d'Affaires Elmer Cato, a diplomat to Iraq. Cato asked Gonzales to stand up and respect the national anthem twice but Gonzales did not listen.

According to a report from ABS-CBN News, “Cato "confronted" Gonzales "for not bothering to rise for the Philippine national anthem" while the rest of the audience did, including foreigners.”

“I asked him twice to stand up but he just would not. I just could not let the disrespect of the flag and the national anthem by someone I initially thought was a foreign national pass. I was so agitated I was not really able to enjoy the movie. I had to do something to teach this Filipino a lesson. And I did.”

Gonzales was arrested and will be facing charges of violating the Flag and Heraldic Code of the Philippines and could be fined at least P5,000 to P20,000 and could also possibly be jailed for as long as a year.