What to expect for LifeDance 2018 this Sinulog 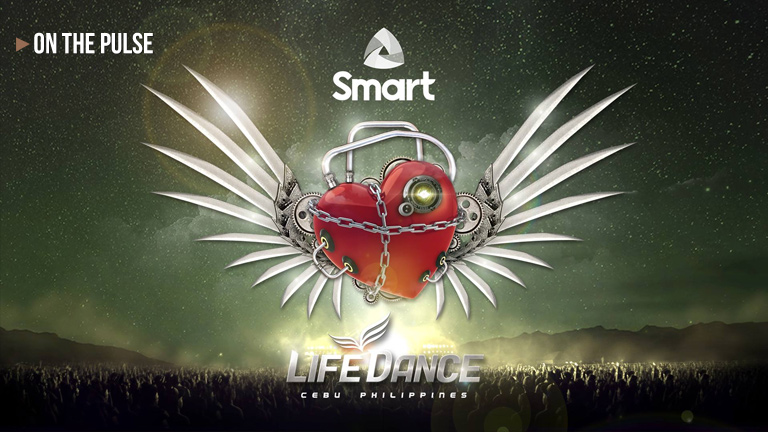 Last Saturday (December 16, 2017), the annual LifeDance Price Off Party was held at the Ayala Center Cebu Terraces. There, for two hours only, one could buy tickets for the upcoming LifeDance 2018 for 50% off. Per tradition, the first person to purchase a ticket was Gahum Lopez Garcia, the founder and producer of LifeDance, Cebu’s most anticipated music festival held every year since 2012.

During the Price Off Party, the rhythm crew got the chance to talk with Marie Yvette Silvestre, the event manager for LifeDance 2018, and this is what we learned.

Lifedance 2018 will be held on January 19, 2018, Friday, at the 50-hectares City Di Mare located on the South Road Properties (SRP). The gates will be open by 5pm and the party would last until 4 in the morning.

The forthcoming festival will be headlined by the Dutch production duo Yellow Claw. Other international DJ’s to perform at the festival include Belgian hardstyle producer Coone, Russian trance and prog house producer Arty, and Norwegian techno producer Fehrplay. Several more local DJ’s are also part of the roster.

According to Ms. Silvestre the early bird tickets, of which only 8.000 were produced, are now available this week. A general admission ticket, with a regular rate of P1,000, will now be available for purchase for only P750. The VIP ticket, which costs P2,000, will now be P1,500. When all the early bird tickets are sold out, the prices will be at regular rate.

Cocktail tables, a bar, and a lounge will be at the VIP area. The VVIP area will have lounge tables priced at P25,000 to P30,000, good for 10 people. The VVIP table reservations come with a couple of free liquor bottles, bar access, waiter services, designated restrooms, and more to deliver a premium experience. The VVIP area will be situated where the guests can have the best vantage point of the show.

Tickets can be purchased from the Official Promoters featured in the Official LifeDance Facebook page or online through the LifeDance Online Ticket Site.

LifeDance 2018 will be on its 8th installment this coming year since its inception in 2012. It has since become the benchmark of electronic dance music festivals in the country and what sets it apart is the EXPERIENCE it brings with its core philosophy in the evolution of the different kinds of electronic music. LifeDance is more than just a concert –it is a music festival.

LifeDance has always been about finding what is new and up coming in the Philippines –from the international DJs as they are breaking through the glass ceiling (Borgeous back with only 400k followers and Vinai with only 600k followers in 2015, and DJ Snake still with only 600k followers in 2016), to the upcoming electronic music trend about to take the country by storm (Trap music with Angger Dimas in 2013, Trance with Bobina in 2014). It doesn’t ride the wave; it makes tectonic shifts that create it.

As 2018 rolls in around, LifeDance will be bringing you another score of up and coming superstars that are starting to get massively over in their ascension to the top of the industry and another flavor of electronic music to the table.

Characterized by the heavy kick bass with sub bass frequencies accompanied by a high tempo melody which creates an adrenaline rushing and euphoric feeling of mixed influences from techno, trance, and hardcore with a dissonant synth melody story telling, LifeDance brings in HARDSTYLE with international artists Yellow Claw, Coone, Arty, Fehrplay, along with local sensations Deuce, Nix Damn P, John Sedano, and more of the brightest future sought-after talents to the scene!

Hardstyle is the music that is most commonly used at raves. In 2018, expect us to push the experience further.

Other than the production spectacle and extravaganza, LifeDance 2018, will go the extra mile to make improvements on the execution of a safer festival with better planning and increased security measures. Guests with vehicles will be provided with sticker passes and will have a designated parking area. The entry point will be at the rotunda of City Di Mare, a corner away from the parking area and the festival grounds. People with no tickets and vehicle passes will not be allowed entry beyond that point. Outside food and drinks, along with coolers are not allowed within the festival premises and will be confiscated. Drinking in the parking lot is not allowed as well.

LifeDance 2018 will also put more attention on the food and beverage experience as it will have at least 20 food stalls of different varieties. Every food vendor applicant will be screened and coordinated closely with to maximize the dining experience of the festival attendees.

More details and information will be announced as the campaign for LifeDance 2018 rolls on.