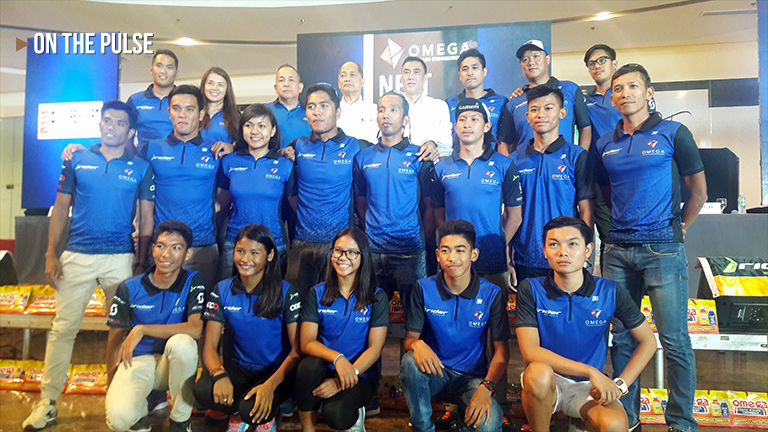 Earlier this week at the Robinson’s Galleria Atrium, the batch of this year’s Omega Pro Triathlon Team was officially launched. Paul Jake Castillo, the team manager, introduced both the old and new members of the team and announced a busy but exciting season ahead for them.

About half of the 13 new members joining this year’s team are young athletes whose ages range from 13 to 17 years old. Along with the usual members, the team is expected to participate in at least nine races this year among them is the Cobra Ironman happening this August. Castillo said the team is ready to take on both local and international competitions and that hopefully someday the team will represent the Philippines in the Olympics.

Omega Tri team captain Tonyson Lee said, “I think it’s safe to say that we’ve been the number one team in the past two years, in terms of race attended, races won, and podium finishes. This year, we want to get to the next level.”