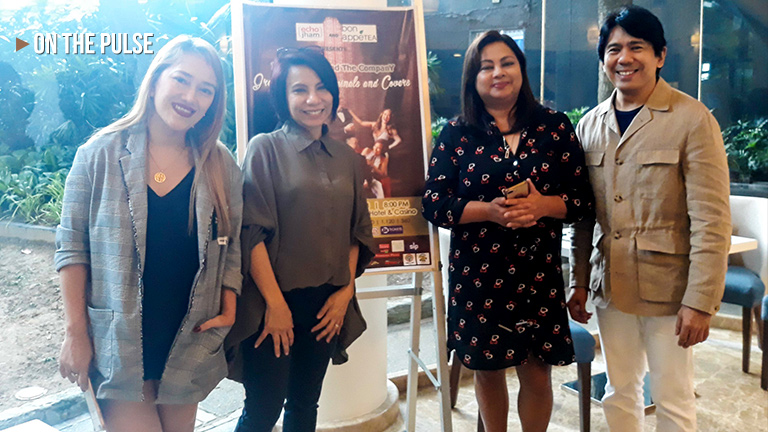 On September 15, 2018, OPM icons The CompanY and Aiza “Ice” Seguerra will be performing at the Waterfront Cebu City Hotel & Casino. Dubbed as a night of “Greatest Hits: Originals and Covers”, the event will give Cebuanos a beautiful taste of the distinct vocal jazz sound that these legends of the Philippine music industry are known for.

The CompanY, which have been the country’s essential vocal group in the 90’s, are expected to sing medleys of covers by The Carpenters and Bread, along with a few originals. They will be joined by singer-songwriter/guitarist Ice Seguerra, who according to Sweet Plantado during the Seda Hotel, Cebu press conference, has a special relationship with the group. Moy Ortiz, the CompanY’s musical director, praised Ice for her musicianship saying she’s the kind of singer who doesn’t need to belt out a tune to sound powerful.

These OPM icons will be introduced by Cebuana singer Isabella Sy who during the concert will give a surprise number in Bisaya. The CompanY are also planning to incorporate a Bisaya-language song for the audience as a sign of the group’s reverence to the Cebuanos who continue to support their music.

Tickets for the concert are priced at P560 for balcony, P1,120 for Gold, P2,240 for VIP, and P3,360 for SVIP respectively. Tickets can be bought at SM Ticket Centers and at the Waterfront Cebu City Hotel and Casino. For more information call (032) 232 6888 or visit TicketWorld.