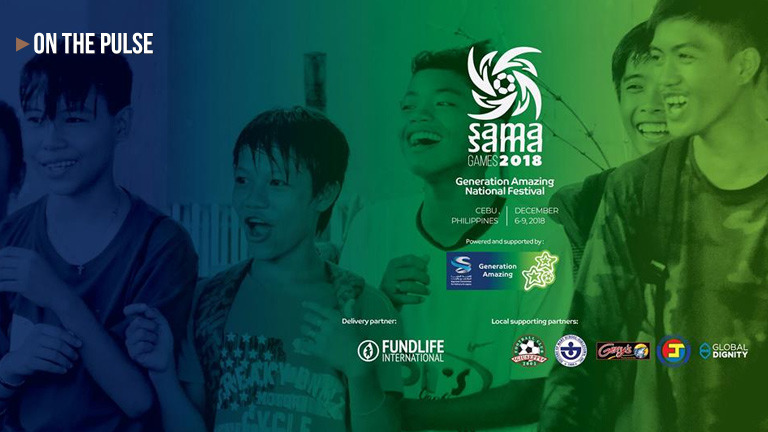 Sama-Sama Games 2018 and the Generation Amazing National Festival culminate this Sunday (December 9, 2018) at The Sisters of Mary – Girlstown campus, Talisay City. Over 600 children and youth all over the country have joined this year’s 4-day festival which feature football and futsal tournaments, educational workshops, and cultural performances.

Organized by FundLife International in partnership with the Qatari program Generation Amazing and Cebu’s own Giuseppe Football Club, Sama-Sama Games is on its 7th edition this year, continuing to promote football to underprivileged communities and develop a football infrastructure in Cebu.

Marko Kasic, the managing director of FundLife Int. says that football is the sport that can unite communities. His locally-based organization uses the world’s popular sport to “bring together youth from both the underserved and the more advantageous communities” and unite them through equality. The annual Sama-Sama Games, which FundLife launched in 2011, is powered this year by Generation Amazing, a football-focused corporate social development program from Qatar’s delivery and legacy authority for the 2022 FIFA World Cup.

Held simultaneous with Sama-Sama Games is the Generation Amazing National Festival and the launching of the Community Football Girls League which aims to promote greater access to sport and education for girls living in at-risk communities. 36 trophies are up for grabs for the 72 teams who have joined this year’s festival. And teams have come as far as Davao, Bayawan, Bacolod and Pampanga.

The festival kick-offed on December 6 with an educational and training workshop for young leaders from communities across the Philippines. It will culminate this weekend with the final futsal tournament which is open to the public.