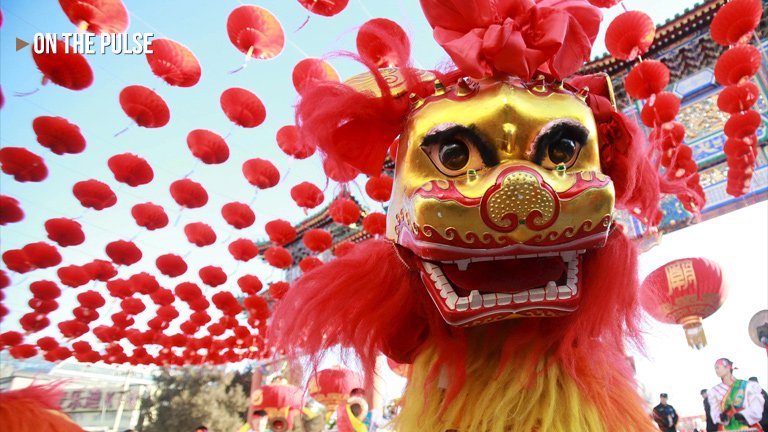 The Chinese New Year, or more appropriately the Spring Festival, is a festival typically celebrated by Chinese families to welcome in the New Year with celebrations usually lasting for 15 days. The Chinese New Year is dictated by the cycles of the moon. It begins with the first new moon and ends on the first full moon of the Lunar Calendar.

If you take any form of medicine on the first day of the Chinese New Year, not only will you get more sick, but you will get sick for the rest of the year. In some places, after the bell announces the New Year, sickly people break their medicine pots and bottles in the belief that this custom will drive the illness away in the coming year.

The Chinese typically avoid eating porridge (or lugaw) on New Year’s morning. Traditionally, people were warned against eating porridge as it was associated with being poor and people don't want to start the year "poor" as this is a bad omen. Meat  should also not be eaten at breakfast out of respect for the (Buddhist) gods (who are believed to be against killing of animals), as all gods are expected to be out meeting and wishing a happy New Year to each other. They also believe that eating noodles will lead to a longer life.

The Chinese do not wash their clothes on the first and second day of the Chinese New Year, because these two days are celebrated as the birthday of Shuishen, the Water God). Hair must also not be washed, especially on the first day.  In the Chinese language, “hair” has the same pronunciation and character as the words “to become wealthy”. Therefore, washing your hair is seen as "washing your fortune away". This also applies with cutting your hair short.

The cry of a child is believed to bring bad luck to the family, so parents do their best to keep children from crying by whatever means possible.

Breaking tools or other equipment during the 15 day-celebration is associated with a loss of wealth for the coming year; therefore tradesmen and business people in general take great precautions to prevent it.

Getting Your Things Stolen

For the Chinese, getting you things stolen specially during the Chinese New Year celebrations will signify ALL your wealth will be stolen in the coming year. So everyone is extra-careful during the 15 Days in order to get a year’s worth of bad luck.