“This is way bigger than we think.”

Cebu's "top drug lord" was killed in police operations in Las Piñas around midnight Saturday, June 18, incoming Cebu City mayor Tomas Osmeña announced. Jeffrey "Jaguar" Diaz and one his bodyguards were killed in operations that involved Cebu police. He was tracked there by the Regional 7 Intelligence. Earlier word got around that Diaz was "retiring" from the drug trade, following the victory of President-elect Rodrigo Duterte. According to Police this was false. Surveillance revealed that he was setting up a new base of operations in Luzon. 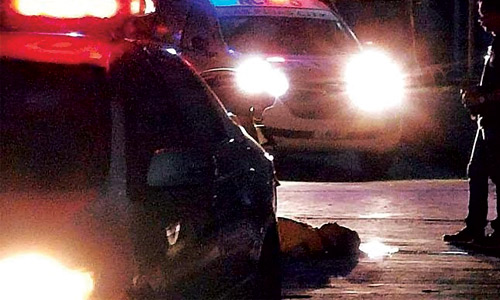 Weeks before Jaguars demise another Drug raid happened in Bohol, three alleged big-time drug traffickers were gunned down in a raid on the island of Banacon, Getafe. Killed were Rowen Secretaria (alyas Yawa), John Jason Montes, and Dario Torremocha. Authorities were supposed to serve them a warrant of arrest, when they fired at the police officers. In an unrelated incident, married couple Christopher and Maria Theresa Secretaria, who both worked for Secretaria, were also shot by unidentified gunmen.

I have noticed that Police have heightened operations against drug personalities in the past few months. This is happening even before President Elect Rodrigo Duterte assumes the presidency. Some attributes this to Duterte’s declaration of war against drugs. Some also think that this is the doing of drug protectors in Government and Police who are trying to clean up before Duterte sits as the 16th President of the Republic. According to some criminal experts these protectors are afraid that these personalities might implicate them in the drug trade when the real fight on drugs begins and these people gets arrested.

To me, it is clear that we are living in a narco society. This is way bigger than we think. If this continues then we would be like Mexico when the drug trade is part of their system. I am very hopeful that President Duterte can prevent this from happening. He will however needs our support, he can not do this alone. If we want our children to grow up in a narco free society then we must act and move now.