Carlow reminisces the good days with Jack the Wack.

A weekly habit of mine would have to be calling Carlow on the Y101 FM booth and ask him quick questions for his Y101 Talks feature. I was just scanning around the latest event pages and thought about a topic the both of us can discuss. 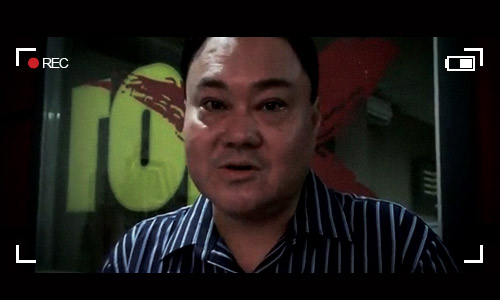 "Carlow, who's your favorite DJ? Any DJ surely has a favorite, any local or international picks will do." He was quick to answer, "If you're talking about a DJ on the airwaves, I'd have to say Jack the Wack." For those who have started tuning in to Y101, Jack the Wack has been an influential voice on the local airwaves since the 1980's and has positively impacted the lives of many Cebuanos from all walks of life. Ask anyone who has been an avid fan of Y101 and expect them to utter his name.

"Jack the Wack is the DJs' DJ. Every talent here in Y101 will say the same thing. He has a simple formula for his shows, he mixes in the not so new songs with the latest hits and makes sure hey sound lively. He's sharp and witty and he's always been loved for that." He continues, "He knows how to reach different crowds, he makes connects with callers quickly too and makes fun with them. But when it comes to fund raising or helping those in need, he calls up his friends and connections. That's why Jack was well-loved by everyone."

According to Carlow, Jack was one of the best that Cebu has ever experienced. The love was especially felt during the Back for Jack radiothons and Bootleg Gold's Don't Stop Believing radio show. He may have other favorites especially from American airwaves such as the likes of Howard Stern but no one can top Jack the Wack.