Last Wednesday on Jiggy in the Morning, our favorite radio hot played a 1985 version of Justin Bieber’s What Do You Mean.

Here’s what he thinks of the retro remake and why nostalgia plays a key role in today’s pop music industry. 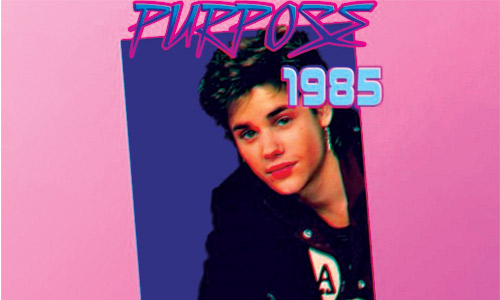 This novelty remix of Bieber’s What Do You Mean turned the 2015 tropical house hit into a cheesy 80’s classic complete with a guitar and saxophone solo on the bridge. It is accompanied with a video slideshow of a looped photoshopped picture of Bieber donning a mullet.

The remix was created by YouTuber TRONICBOX, a Canadian musician who recreates 2010’s pop hits and turn them into cheesy 80’s-style songs. TRONICBOX claims that he enjoys making “musical experiments” in his spare time and that he just finds making current pop songs sound a few decades old amusing.

Jiggy thought the 1985 version Bieber song was hilarious. It could have even confused a lot of listeners if it was played during the Friday Gold Rush. What interested Jiggy the most about this novelty project is that how the producer reimagined the song differently in such an amusing and nostalgic way.

“Most remakes sound fresh. The producers remix a song and make it sound new or trendy. This time we got the opposite”, Jiggy said. “Remaking modern songs and making them sound old instead of new is something interesting. It might just even catch on.”

Even though some people will call these musical projects as novelty, a niche market is always there to consume these unique reimagined art of musical rearrangement. Jiggy certainly agrees so, adding that there is even a market for people who likes picking their nose using their thumbs.

Jiggy explains the reason why a considerable amount of music enthusiasts like hearing retro-sounding songs is because of the intertextuality of the art that gives a kind of frisson when the person hears something nostalgic.

“That’s the thing about the past. There’s a certain beauty to it, a sense of charm. Things look or sound better when you look at it from the present”.

Nostalgia plays a key part in today’s entertainment industry. Movies like Star Wars: Force Awakens or Independence Day: Resurgence depend mostly on the market of people who’ve grew up with the movies. The people remember how good the original movies were and they go watch the new movies just to see their old favorite characters come back on the screen.

It’s also the case with music genres. Jiggy gives out Daft Punk and The 1975 as great examples of modern artists emulating the sounds of yesteryears provoking a sense of nostalgia to listeners who lived the past.

Modern musicians are making nostalgic music to try and appeal to the older market while adding some trendier elements to their sound so that this generation will still enjoy it. We’ve heard Daft Punk do it in Get Lucky. Taylor Swift and The 1975 are bringing the sound of the 80’s back. Even Justin Timberlake is trying to bring back the funky 70s sounds into the charts.

“Music is just a cycle. What’s trendy back then, will be popular now. That’s how it works”

Catch Jiggy Jr every Mondays to Fridays 6am to 10am on Jiggy in the Morning. Only here at Y101, Always First!