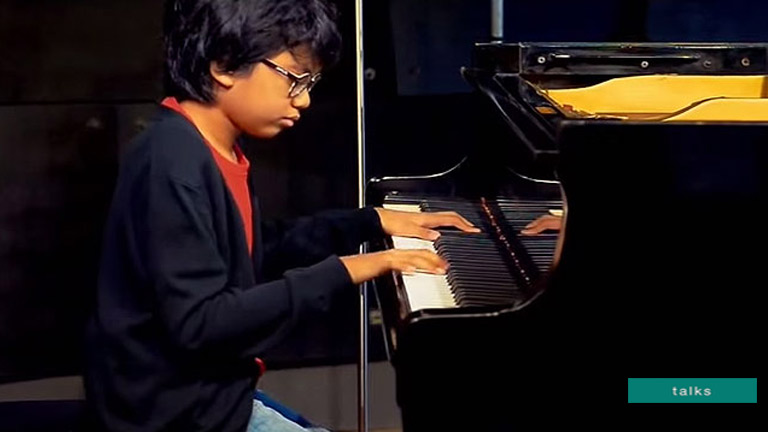 John M of the Afternoon Drive has just recently discovered the Indonesian child prodigy who plays jazz on the piano.

His name is Joey Alexander. At 12 years old, the Alexander boy is playing jazz piano for the likes of President Barack Obama and great jazz musicians Herbie Hancock and Wynton Marsalis. John M at 12 years old was just discovering puberty and was playing something else.

Alexander is one of those child prodigies so amazing that it’ll ruin your day. Sometimes it’s unfair that we weren’t given enough natural talent to do remarkable things at a young age, but some kids always have the luck. John M even admitted that he tried playing piano when he was younger but sucked. That’s why he admires the Indonesian child prodigy very much and declares the boy “God sent”.

“Joey Alexander is one of a kind. There’s no 12 year old in this world who can play like him.”

Even though John M is known to be a rocker, his musical taste leans towards eclectic. John M listens to different forms of music and he certainly enjoys jazz. John first discovered Joey Alexander when he saw him featured on television. The host for the Afternoon Drive was mind blown to see such a young boy play jazz very well. It’s also worth noting that a 12 year old boy is playing jazz. Most 12 year olds would enter singing competitions and sing karaoke pop songs. Alexander at his age was listening to the jazz greats; Thelonious Monk, Bill Evans, and Brad Mehldau,

One of the reasons that John adores the boy is because he plays jazz really well. John explains that when you play jazz, you need to have a different set of principles in mind. Jazz is different, it has a certain groove and soul, and he thinks that Alexander expresses his music very differently than others.

And that’s what makes Joey Alexander very special. He’s young and talented and his music can move everyone’s hearts. When you put passion in your music, even if you aren’t a natural-born musician, you could still make a difference. You could inspire a lot of people around you, like how Alexander might have inspired a lot of aspiring jazz musicians, not only in Indonesia, but around the world.

To summarize things up, John said “It doesn’t matter how old the person is, as long as your music is passionate and true. It is one of the reasons why music is universal; it comes from the human soul and comes out to touch people’s hearts”

Join John M every Mondays to Fridays at 2pm to 6pm on his program Afternoon Drive. Only here at Y101, the soundtrack of your summer.