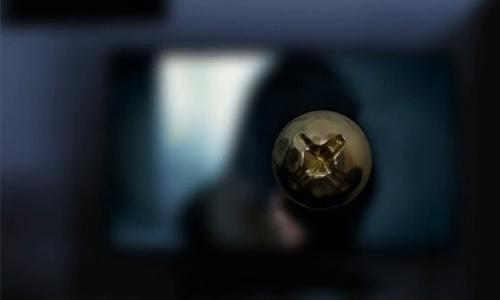 Every year, at the end of December, we anxiously wait for the coming of the brand new year.

It has been our custom and tradition to go to church, prepare food at home for family to share and make a lot of noise to drive away evil spirits. These are all happening on the eve of the New Year. This has been the influence that the Spaniards and the Chinese left us. Firecrackers and paper horns were the option in making noise during New Years Eve when I was a child. Obviously, that has changed through out the years. Today, firecrackers are stronger, and getting closer and closer to military grade explosives; a variety of firecrackers has also grown in numbers. I havent even seen paper horns for sale anymore. Nevertheless, New Years Eve has been, and still is, one of the most exciting events of the year.

Although, after all the revelry, when the smoke clears, we start counting deaths and casualties. This has been getting worse every year for the past 10 to 20 years. Most of these are from firecracker related incidents and a more pressing issue, stray bullets. Physics has taught us the law of velocity, and that what ever goes up must come down. When a gun is fired up in the air, the bullets velocity going up will be the same when it goes down. Every year, people mostly children are injured and killed by these bullets, and incidents like these are growing in numbers. The government and the PNP never failed to remind their personnel and the public not to discharge their firearm indiscriminately. However, a licensed and responsible gun owner knows the risk involved in indiscriminate firing of weapons because they have undergone gun safety training. More often than not, it is these unlicensed gun owners that are obviously irresponsible in handling firearm that are indiscriminately discharging their weapons during the New Year celebration that have been causing the loss of life.

It is a sad fact that in all these incidents, it is not clear if any were brought to justice. The PNP has admitted that it is very hard to trace these bullets from the air.  The only reliable way they can trace the bullets to the firearm is through ballistics testing but then again the gun has to be registered in order for them to match this in their database. Like I have said, irresponsible people that will indiscriminately fire their weapon will not be responsible enough to have their guns registered. The PNP should focus more on these people and the loose firearms we have in this country. They should focus more on the people who are breaking the law instead of those who are trying to abide by it. Solve the fatalities and injuries caused by stray bullets and loose firearms before we even talk about gun law revision. I think that is our primary concern. We want our children to enjoy the New Year without having to fear of getting hit by a stray bullet.