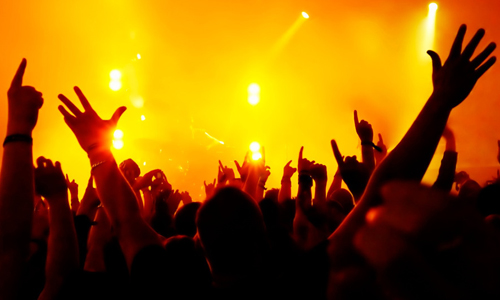 We Cebuanos have always been regarded as a proud people and I dont disagree. We have our own identity, culture, and our own dialect which is spoken in most areas of the Philippines.

In the early 90s, we made a point to the rest of the country that "We are Cebu" and we are proud of it. I can still remember a time when we sang the national anthem in Cebuano. That distinct Cebuano pride is just as intense today as it has always been and I can honestly say, I am proud to be a Cebuano.

We carry the same pride in our music. Lets take a look at the Cebu music industry.  Way back, we saw the outbreak of young bands in the local scene.  They were proud to be local. They were certainly loud. And yes, they were damn proud. We had Raw Belief, 40 the Band, Roots, and a whole lot more. Those were the good old days.

Time and time again, Cebuano artist have proven their mettle in the music arena. Today, the national music industry sees an invasion of bands from the Queen City of the South. We have Urban Dub, Power Spoons, Cueshe, Jr. Kilat, just to name a few. Even more remarkable is the rise of a new national genre: BisRock! (Bisaya Rock). These rockers literally belt out their music proudly in honest to goodness Visayan language.  Once more the Cebuano rules!

The Cebuano music bears the Cebuano Pride - a key ingredient to their success. Cebu talent is truly a cut above the rest.

A number of producers Ive known in Manila say that the Cebuano audience is the hardest to please. I always tell them that its because we have always wanted the best. As a performing artist, if you can make it in Cebu, you can make it anywhere.