Chad the Stud: A Tagalog Song was Played During ‘The Vampire Diaries’ 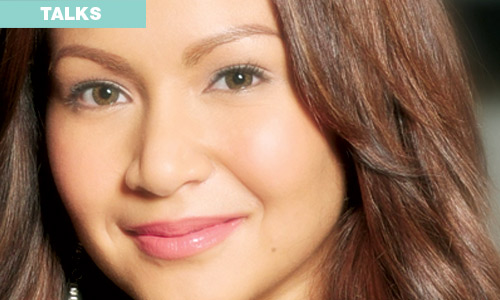 I asked Chad if he has any good idea on how to place our local music into the worldwide attention.

He pointed out to me that a Tagalog song was once used during an episode of the American TV series The Vampire Diaries.

“The Philippines have great songs that are even worth played around the world. The problem is just that nobody is exposing our homegrown music. The U.S. has songs that we extensively play here in the Philippines, but do they play our songs abroad? American songs are exposed around the world, but ours aren’t. If given a chance and a great exposure, our local songs can even compete bravely with those international ones.”. That’s what Chad the Stud said during his last Y101talks, and what he says is a 100% true.

Why is it that we are more interested in listening to American pop songs than we are to listening to songs from our local artists close to home? Isn’t it unfair that pop songs from Canada, and love ballads from the UK are being extensively played on Philippine radio stations, while our quality best rock songs haven’t even charted on any of their music charts?

Chad the Stud believes that our songs deserve to be played on international shores as equally as how their songs are being played on ours. The only problem is that nobody is really promoting our music abroad. Even obscure indie rock bands have a following in our country, but most Americans and Brits haven’t even heard of the legendary influential sound of Eraserheads.

Chad suggests we do something about it. Maybe start a viral hit like how South Korea wiped the internet out with Gangnam Style. PSY’s 2012 K-pop hit became a worldwide phenomenon that was shared to billions of people worldwide despite being sung in a language that most doesn’t even understand.

The Midday Vibe host even suggested that we put more Filipino songs in American movies and television shows, so that someone will catch it and look for it. He remembered that earlier this year a Tagalog song was heard during an episode of the American supernatural drama series The Vampire Diaries. During Season 7’s 16th episode entitled Days of Future Past, (directed by Ian Somerhalder), the characters in the series were at a beach in the Philippine islands. Paul Wesley and Elizabeth Blackmore's characters were conversing at a tropical restaurant while the Carol Banawa hit Bakit Di  Totohanin was playing in the background.

Chad believes if more and more people do this, and feature a Filipino song in more popular series or movies, then interest in our music will flourish. Jamaican dancehall singer Sister Nancy has even achieved a resurgence of interest recently when her 1982 dancehall tune Bam Bam was used in the comedy movie The Interview and sampled by Kanye West in his hit song Famous.

If Kanye would someday sample Carol Banawa, or any of our wonderful artists like Pilita Corales, or VST & Company, and make it a hook in one of his hits, then that would be a little progress.