What the Olympics Mean to Chad the Stud 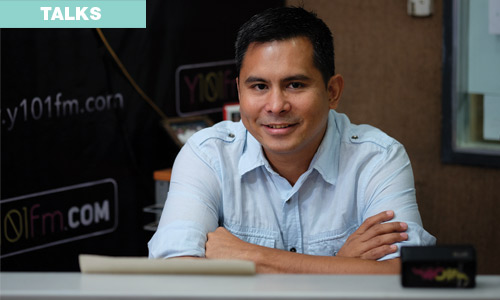 Known to be a huge sportie in the Rhythm Crew, Chad the Stud is the best guy to go to to talk about the Olympics!

Just like all sports fans in the Philippines, Chad the Stud only watches the Summer Olympics when gets the chance to. He would glance at his television once in awhile and see how the 2016 Rio Olympics is progressing. Just a few nights ago, he noticed that the wrestling competition was on, and so he watched that.

But our Midday Vibes host does read up a lot about the happenings of the this Summer’s biggest sporting event. He was happy to know that the Philippines finally had an Olympian win a medal. Hidilyn Diaz won silver for the Women’s 53 kg Weightlifting competition and she’s the first athlete to win a medal for the Philippines at the Olympics since 1996.

Chad has also read up about the the inspirational story of how Singapore’s Joseph Schooling beat his hero Michael Phelps during the 100m butterfly swimming competition. A 2008 photograph of the then 13 year old Schooling standing next to his hero Phelps at training camp trended online. 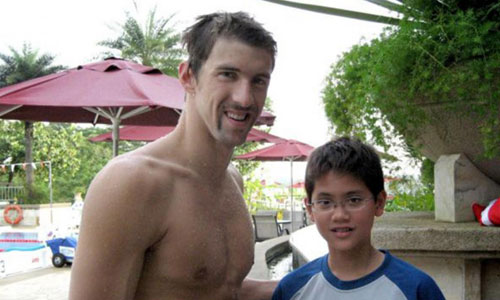 All the athletes competing in the Olympics are incredibly talented, and Chad believes that that right there is an understatement. If you’re in the Olympics, then that’s enough proof that you’re one of the best athletes in the world. Not a lot people know that in order to compete in the Olympics, you have to qualify to get there first. You need to qualify and then dominate the National Olympic trial, then the international one. That’s how difficult it is to compete for the most prestigious and biggest sporting event in history.

You just can’t go and say “hey I want to join the Olympics”, No. You need to qualify.  That’s the reason why there are only a few people chosen to represent a country. And why there’s no one representing our country in sports like Football or Diving. Chad even pointed out that our basketball team didn’t qualify for this Summer’s Olympics because they didn’t pass. During the 1928 Paris Olympics, there was even only one Filipino able to compete. You need to qualify and meet a certain standard. If you can’t pass the test, then you can’t hang out with Michael Phelps or Usain Bolt at the Olympic Village.

“..when you’re there, you’re considered one of the best in the world.”

Catch Chad the Stud every Mondays to Fridays during the Midday Vibe (10am – 2pm) Only here on the rhythm of the city, Y101, Always First.