The debate on rock and roll’s place in today’s mainstream music has been discussed a lot before here in Y101fm and this time John M, the big kahuna of the Afternoon Drive, has got something more to say. 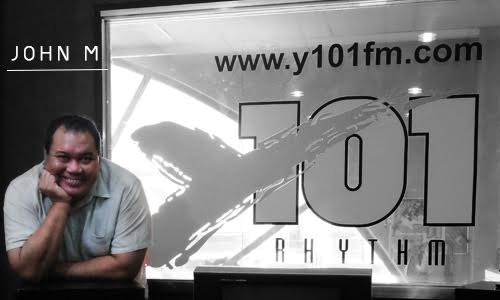 John M firmly believes that rock music is only hiding in today’s mainstream music scene. There is a rock sound or a hint of it hidden somewhere in all the pop and electronic stuff of today’s Top 40. “I think rock music is still there. Rock music now does not take up the front seat. It is in the background. Rock will always be there.”

MUST READ: The Music John M Listens To

An example given was Justin Timberlake’s new summer jam Can’t Stop the Feeling. “If you follow the chord progression of the song and put some distorted guitar in there, that song will turn into a rock song. The reason why its poolar right now because people feel it, and thats rock behind the scene.”

Another great example of rock music hidden in a pop song is Ariana Grande’s Dangerous Woman which is like the first Top 40 song in years to feature a guitar solo.

The Top 40 songs today also seem like its leaning more towards the feminine side with songs about women empowerment and love. John M thinks that these songs were made by the machine to make it seem relatable to a consuming listening market. “That’s what you call commercial music. You make money out of touching simple topics like love. The reason why love songs are so popular because it sounds familiar.”

The Afternoon Drive host continued, “I think music should not be defined by rock or hip hop and all that. It should be defined by its creativity not by genre. Cos today’s artists can go from country to pop, hip hop to rock, and those are the artists that would last for a very long itme. Like Prince or Michael Jackson.”

Now back to the debate on rock music. John M believes that rock music isn’t dead but only hiding. Rock may never die. Even though the charts are full of pop and electronic dance songs or even hip hop mixes, rock music will still have its market and that market is huge. “If Van Halen will go on live now it will still be a packed concert, so rock music is not really dead in a way, its just been hiding in the background.”