Chad the Stud: Christmas in September is a Marketing Ploy 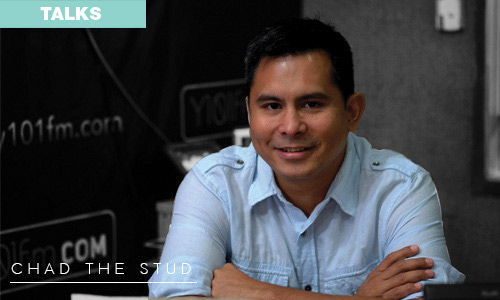 When you go to the malls as early as this week and Christmas carols are being played, then you better be careful cos it’s a trick!

The Philippines has earned the distinction of celebrating the world's longest Christmas season, with Christmas carols heard as early as September and lasting early to mid-January, even though the official Christmas observance by the Church in the Philippines starts during the Simbang Gabi (Dawn Masses) on December 13.

But as soon as the ‘ber’ months show up in the calendar, the Filipinos begin to put up Christmas lights and play Christmas carols all day long, for the rest of the year! Chad the Stud, the host of the Midday Vibes (10am-2pm) thinks that all of these is a clever marketing ploy.

READ: Why the Philippines Celebrates Christmas the Longest

It makes sense too, because when anyone hears a Christmas carol inside a mall, it puts that person in a Christmas and buying spirit. A Jose Mari Chan song plays and it makes you miss your family and makes you think of what you need to buy them for Christmas.

“I think malls do it on purpose as a marketing ploy. Although Christmas is a season of giving gifts and getting together with the family, we should never forget what the essence of it is, that is the birth of Christ.”, Chad said.

Chad the Stud celebrates Christmas only in December, but you can catch him every Mondays to Fridays at 10am to 2pm on his show Midday Vibes. Only here at the rhythm of the city, Y101, Always First.