How ‘Chad the Stud’ Got His Name 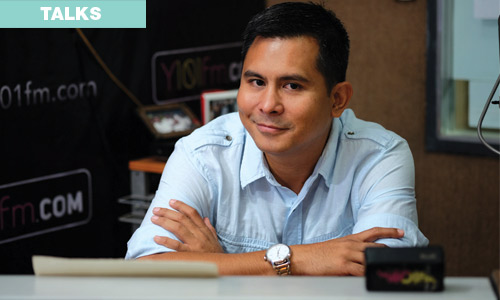 It has been a long tradition in the radio industry to give jocks unusual screen names so that they can stick out and their names can become memorable.

Over the years, Y101 has had several talents whose names were as popular as their personalities. Cool nicknames are memorable, that’s why we still remember the names Prof. Noodles, Dr. Love, Johnny Kawa, and Jack the Wack, even if they’ve been off the air for more than a decade.

Sometimes the story behind the name can be intriguing, and sometimes it’s totally random. Icky got his name because he couldn’t pronounce properly, and Jiggy got his because he embodied the Will Smith song during the time it was popular.

While Jiggy might be named because of his personality, Chad was named based on his looks. During the 90’s, Jack the Wack, who used to be the station manager at the time, christened Chad the moniker “stud”, making him “Chad the Stud”.

According to Bootleg Gold’s Marko, Jack the Wack named Chad the “stud” because all the girls want to fall in love with the man. “If he were a One Directioner, he’d be Zayn Malik”. If you look up the word “stud” on Urban dictionary, you’ll find that its definition is basically “badass”. A stud is a person who is really cool whom everyone looks up to and wants to get with. A stud is a very charming ladies’ man. And that is exactly what people perceive at Chad, even though he is a loyal family man.

Catch Chad the Stud every Mondays to Fridays during the Midday Vibes 10am to 2pm. Only here at the rhythm of the city, Y101, Always First.