“Cos there’s so much pop and hip hop in the mainstream today, for me rock music is your ice breaker”. Marko, the dude who creates the playlist for Bootleg Gold said.

“It is your adrenaline pumping down ride spiral trip. If you have so much dance, and you throw in an X Ambassadors, then we shut off. That’s the best ice breaker in today’s mainstream playlist.” 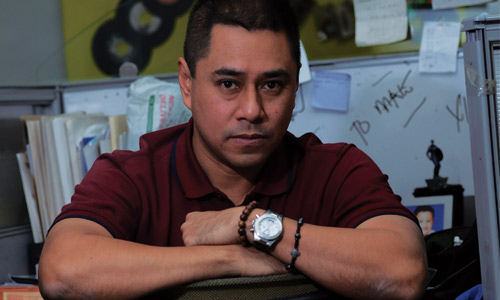 Every Friday at 6pm to 8pm, Bootleg Gold brings out old school rock after a week-long pop playlist. Marko handpicks the playlist himself as he tries to introduce rock music to a contemporary hits listening market. If you compare the top 40 hits during the 80’s with the top 40’s of today’s music scene, you’ll notice that rock music was flooding the airwaves back then while today we are littered we electronic-based pop songs. Marko assured that rock music will have its time again since it’s part of the whole flow of trending music. Rock music has after all been here since the 50’s and we still hear the sounds going strong.

According to Marko, rock music, unlike jazz which plateaued and is now a niche, will always have its place in the mainstream charts. “Rock is the purest form of band music. It’s always there, Time will come again when this electronic stuff will decline and rock music will come back. It may be in another form of rock, like indie rock, and that’s certainly getting really popular”.

Marko doesn’t believe that rock music is dead. It has always been here, it just got underwhelmed with all the pop, electronic, and hip-hop music littered around. Rock bands like Coldplay, X Ambassadors, and Twenty One Pilots was able to get into the Top 40’s this week in Billboard and so that’s saying something.

He also believes that rock won’t ever die since other media are introducing rock music to potential consumers. “There were times when TV introduced rock music to the mainstream market like in The O.C. with “California” by Phantom Planet or “I’ll Be There for You” from Friends, or even in the Twilight soundtracks”.

There will come a time when a rock song will finally hit number one in the charts again. Marko believes that that time will come very soon when the mainstream market needs the ice breaker to surprise everyone.

Listen to Marko’s rocking playlist on Bootleg Gold every Friday from 6pm to 8pm. Only here at Y101, the soundtrack of your summer.