Let’s go on an adventure as I take you back in time when Jiggy Jr a.k.a. Nostrajiggy told me who will win the NBA games before it actually happened.

A few days ago I journeyed through the dessert on a horse with no name bringing with me nothing but a canteen of water and my thirst for knowledge of the future. Half-beaten and sweating profusely through the hot barren land, me and my nameless horse traveled far and wide just to seek the man they call Nostrajiggy whom the fires said will provide me with the sight into the future. 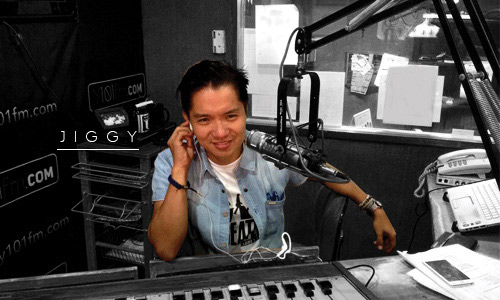 Though the days were roasting hot, the nights was just as cold. During one unforgiving evening, the horse that carried me through the perilous journey collapsed as if its body couldn’t take the changing temperatures anymore. Collecting myself in the dark, I resorted to crawl myself under the lifeless body of my loyal steed in hopes to absorb as much warmth my travelling companion left for me. I was starting to lose hope in seeing the mythical Nostrajiggy. I thought I’d slept my last on that cursed night but when the morning sun arose in the distance, the winds started to howl and trumpets and synthesizers could be heard playing around me.

All of a sudden I focused my eyes to a heavenly figure on the sky as it came floating down towards me. Rocking a cool black blazer and a funky pair of socks, the heavenly figure opened his mouth and said, “Rise!”. As I stood on my feet, my nameless horse also stood on four of his. The floating heavenly rocker figure asked me my name and my voice trembled as I answered. “David”, I said.

“From now on you will be called Ziggy Moz Gannon! A name I bestow upon you because it sounds cool.”

The floating figure who at that point, I assume was the great Nostrajiggy, came closer towards me as he reached his arm out to touch my forehead. The rays of the sun behind him started to dance as he continued to speak in a golden voice, “I present to you the window into the future”.

Since it was NBA season, Nostrajiggy was only able to let me see the results of the Golden State Warriors vs Oklahoma City Thunders game. In the words of the great Nostrajiggy whose mind was submerged into the future;

“Kevin Durant guarding Stephen Curry... He had his half of his hand on his face. They were really overmatched i thought that no matter how hard Golden State tried they would never be able to beat the Oklahoma Thunders. As it turned out, they had some miracles on their own. They had like intercontinental ballistic missiles i call them.

I thought they were dead. I also feel once this game goes to game 7, I think there will just be no chance in happening that Oklahoma City Thunders can beat the Golden State Warirors. So this is not going to be as close as people think it is. I think they are going to bury the Thunders in the game. They have to because they cant afford a close game anymore.”

After the vision was over, my life began to change. Nostrajiggy made me promise to keep the information until the time was right to share it. He asked me not to bet on it and be responsible in upholding his sacred prediction. At that point, Nostrajiggy disappeared into thin air, the winds calmed down and the music faded out. I thought I was just imagining what happened but when I looked back, my horse was now a rocketship.

Catch Nostrajiggy a.k.a. Jiggy Jr. on his unpredictable morning show Jiggy in the Morning every Mondays to Friday at 6am-10am. Only here at Y101, the soundtrack of your summer.