The story of how Chad the Stud became a disc jockey! 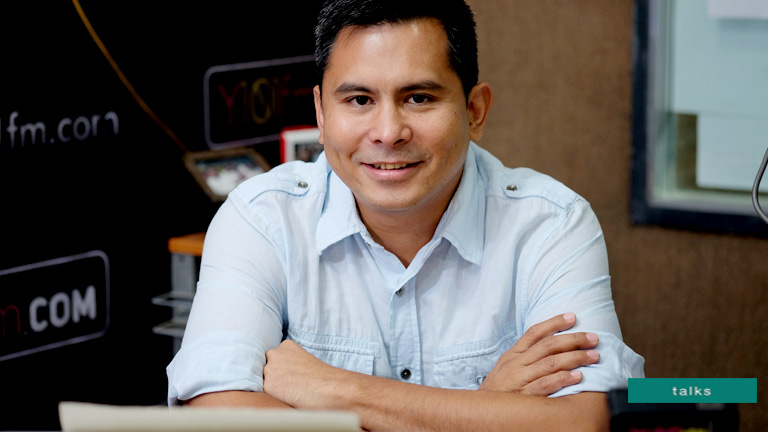 Chad the Stud has been a DJ for about 20 years. He has moved from station to station but his heart secured a place at Y101.

In this article we talk about how our favorite stud started the disc jockey business and why he went into it in the first place.

Just like everybody else, Chad was once a teenager. During his early 20’s, Chad might have chased around girls but he was also a teenager with bigger ambitions. Back then our midday DJ has always loved music. I learned that he was always up-to-date with what were popular at the time. With a passion for music and a reputation with the girlies, you’d might expect him to become a rock star, but sadly (or luckily for us) Chad never learned to play a musical instrument.

With his charms, good looks, and an ineptitude to rock the guitar; Chad could have also been a singer. He could have sang lead in a band without knowing how to play other instruments. Morrissey of The Smiths did this in the 80’s. However, Chad revealed to me that he couldn’t sing either. He said he was always out of tune.

So what does a music-loving, musically-inexperienced, tone-deaf guy got to do in order to shine? Become a disc jockey of course!

Chad auditioned to become a DJ in the city’s then-recently built radio station called Z106. That was where he got his first job. Most of the DJ’s of Y101 back then were also there at Z106; there were John M and Mike Solo and other DJ’s whom I heard were legends.

Chad worked under the supervision of John M. He came from Y101 so he trained Chad the Y101 way. Chad told me that it was fun learning from John M. He said that he learned a lot of things from the dude and that it never was a stressful experience.

Then in about a year, the other disc jockeys went back to Y101 and Chad stayed for another twelve months. Z106 only lasted for two years.

After the station closed, Chad transferred to Johnny Kawa’s Kiss FM, and after that, finally landed a spot in Y101 in 1998.

It was there that Chad became Chad the Stud when then-president of Y101 Jack the Wack, christened him the moniker. Chad the Stud had a successful career as a disc jockey. He also became a program director for the station. But in 2005, he left the place to take a vacation in America.

He stayed in The States for almost four months and when he came back to the Philippines, he went on a long hiatus.

READ : What Makes Chad the Stud Happy the Most

In 2013, Back for Jack, a cause for Y101’s Jack the Wack was organized. Chad was reunited with his Y101 colleagues. After that, they asked Chad if he wanted to go back to the place and get on board on Fridays cos they were lacking DJ’s on Fridays. So Chad became Chad the Stud again, but only on Fridays.

Then about last year, when Midday Drive’s Jeanne Louise left, Chad the Stud was asked if he wanted to take over the show that airs 10am to 2pm. He agreed and he has now been that guy you hear every lunch time who takes all your midday stress away.

Chad the Stud enjoys disc jockeying very much. He said he enjoys knowing he could put smiles on everybody’s faces. He said that in order to become a good DJ, you need to work hard, and really pursue the dream.

“It doesn’t mean if you talk good, speak well, or have a good command of the English language; then you’re already cut for it. You have to work hard, but what’s more important is that you have the passion, the desire to really pursue it.”