Fans were devastated during the ending of Game of Throne’s historic fifth episode The Door, and Tee is one of those fans heart-wrenched.

On Facebook, Tee posted an image macro of Ghost, Jon Snow’s loyal direwolf. Superimposed in the image is the caption, “If Ghost dies, we riot”. The epic fantasy series Game of Thrones has a habit of killing off beloved characters, even if you’re character’s a charismatic wildling, you’d still get killed off in just one episode. (Anybody remember Karsi in Season 5, episode 8?) In the world of GoT, anybody or anything can die. You can be a man, a woman, a direwolf, a tree, or even a pigeon, your life will not be spared in this influential fantasy series. 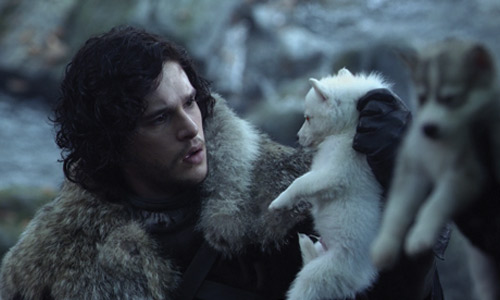 “Every character you like, they kill off. What’s new?” Tee told me.

Well Tee, what’s new is that awesome time Tee  travel element, but it did come with dire consequences. Just like every fan, Tee was blown away by Hodor’s sacrificial death and how the gentle giant got his name. However Tee was more emotional when she witnessed Bran’s direwolf Summer sacrificing itself to attack the white walkers in the cave.

All Night Live’s Tee doesn’t want to have any more dead direwolves in the show. “I hope Rickon’s direwolf didn’t die yet. I hope the Umbers tricked the Boltons”. Tee believes that the Umbers are still loyal to House Stark, and the reason why the Umbers gave Rickon and his direwolf Shaggydog to the Boltons is just for a ruse. “How can they present their fake loyalty if they dont offer something, eh? The North remembers”.

Tee expects Jon Snow and his half-sister Sansa Stark to take back Winterfell from the Boltons and to save their young brother Rickon from the clutches of the evil Ramsey Bolton.

When asked why she likes the series so much, this is what Tee had to say to me,

“Its fantasy, and it shows how the world is so twisted, how people are. What they do to get what they want. It shows what the thirst for power can do. It’s a lot like the society today except for the dragons and magic.”