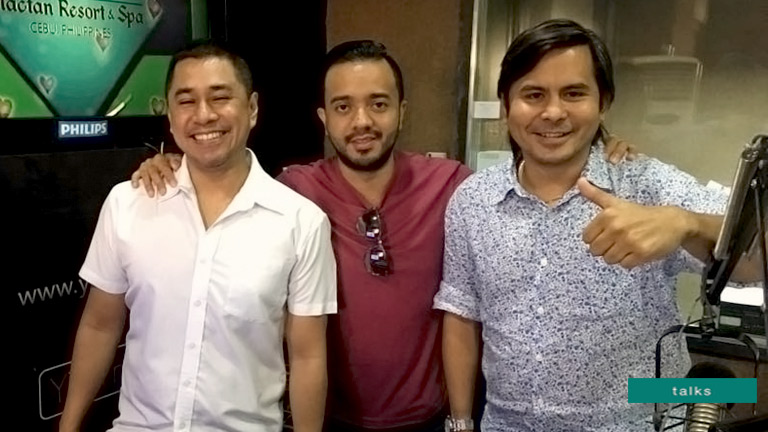 Y101 vet, the legendary Private Ian, comes back home to check on the guys.

To all the long-time listeners of Y101, you might remember Private Ian, also known as P.I., the magnetic jock who provided the sweet rhythms on shows like Sunday Cool Rhythms and Stripped Down Rhythms for ten years! Well, this week, he came to the station to pay the rhythm crew a visit. Apparently, he and Chad the Stud had a little bro-date after.

Ryan was once Cebu’s youngest radio D.J. (until Matthew of Jiggy in the Morning came along). The 16-year old Ryan was nurtured by Jack the Wack in ‘95 and soon became the successful businessman, radio/TV/sports host he is today.

The young Ryan, “Little Ian” as what Jack the Wack loved to call him, was also known as Private Ian, a reference to the Steven Spielberg war movie Saving Private Ryan that came out in 1998. P.I. came into Y101 after family friend, Jack the Wack invited him to join the station's summer workshop.

P.I. was unsurprisingly a natural at the radio game. After all, in his time in High School, he would sit at the back of the class and pretend to be a radio DJ, and starts sportscasting about the NBA or the PBA. His friends knew that he would become a DJ someday.

During his stint as the youngest radio DJ in Cebu, P.I. worked the graveyard shift (10pm to 2am) and in the morning become a computer science student in College.

P.I. admitted that balancing his school and work priorities wasn’t a problem at all. P.I. liked his job, saying that it was his dream come true, to become a radio DJ, especially at the radio station that he was a fan of for years.

Right now P.I. is based in Los Angeles. He has a couple of online businesses here and there. He used to have a podcast show called "Cool Rhythms", a nod to his radio show in Y101. Cool Rhythms broadcast 4 episodes, playing different kinds of music from the past, present and future ranging from all genres.

Without a doubt, P.I. loves music and he promises to keep on working close with his passion for the rest of his life.