Jiggy Jr still thinks the Oscars debacle was all staged! 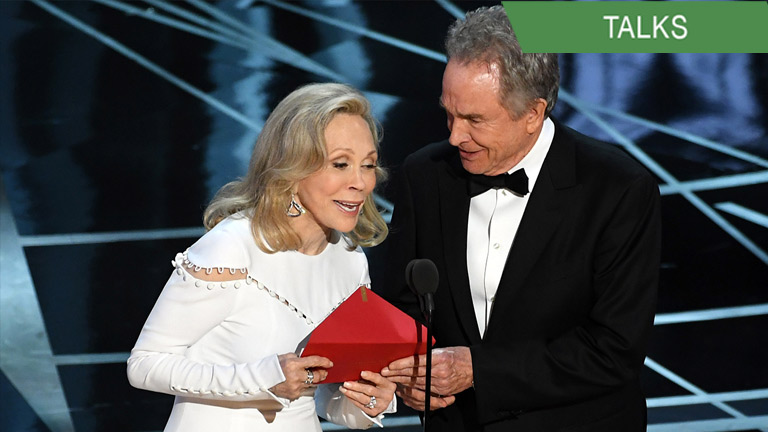 Plus how our favorite morning jock would react if he made a humiliating mistake like that.

It has been two weeks now since the Oscars 2017 ceremony occurred. It was looking up to be just another standard awards show until things got weird in the end.

Actors 79-year old Warren Beatty and 76-year old Faye Dunaway presented the biggest award of the night, Best Picture. Everyone expected the neo-musical movie La La Land to win. It was a sure-fire winner, the kind of movie the Academy loves to give Oscars at. Sure enough, the actors on stage read the name on the envelope and announced that La La Land had won.

Then just moments before the production crew of La La Land was finished with their acceptance speech, this happened..

WATCH: 'La La Land' announced as #Oscars Best Picture winner, but only until a mistake is realized with 'Moonlight' being the real winner. pic.twitter.com/wYsUngcdwe

So yeah, it was kinda awkward. Announcing the wrong winner, and the painful and humiliating exchange of the Best Picture Oscar from La La Land to the Moonlight crew became the most talked about and biggest moment of the Oscars since somebody streaked naked on stage in 1974.

Since that eventful day, countless of conspiracy theories popped up. What did really happen? Did Leonardo DiCaprio sabotaged the Oscars for switching the envelopes? Did host Jimmy Kimmel pull a prank that went too far? Or was this just a publicity stunt?

Our favorite morning jock Jiggy Jr has presented his own theory and he firmly believes that the whole thing was staged.

You see the live broadcast of the Oscars ceremony has suffered a drop in TV ratings for the third consecutive year.In the year 2000, the Oscars had 46.5 million viewers, and last year it got 34.3 million views. This year it has the lowest rating, 32.9 million views. Jiggy Jr believes that by planting that “awkward live TV moment” this year might attract more viewers to watch the next Oscars hoping to see another live mishap.

READ : Interesting, Funny, and Crazy Moments during the Oscars 2017!

If that theory isn’t true, then Jiggy Jr’s other suspicion is that Beatty and Dunaway could have announced the wrong name in purpose, probably their attempt at becoming relevant again.

If you wanna know more what Jiggy Jr thinks, then tune in to his morning show, Jiggy in the Morning, every 6am to 10am Mondays to Fridays. Only here on the rhythm of the city, Y101,Always First.